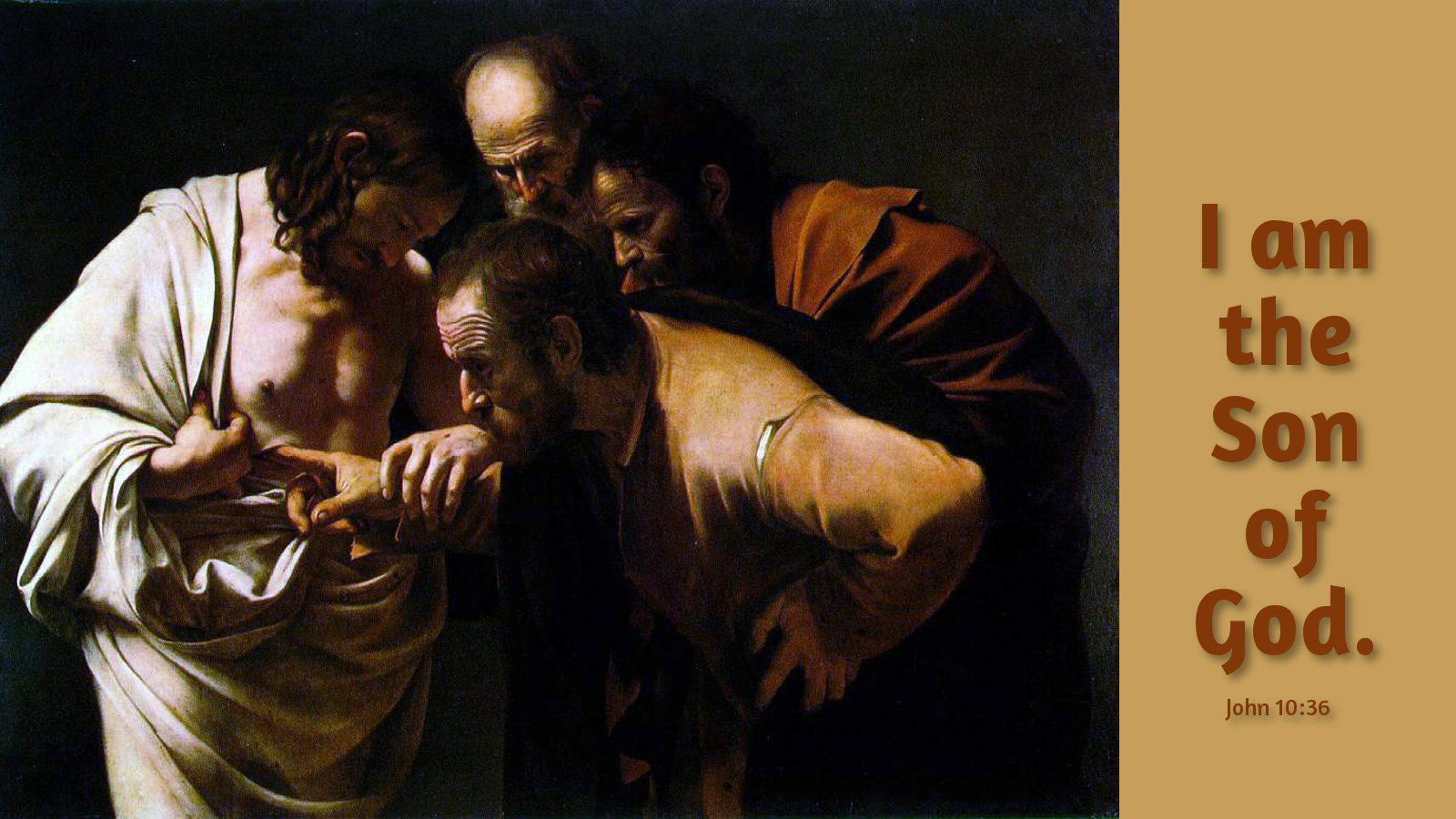 Who could grasp this? The unblinking disciples just looked at him. Like a raindrop on a leaf, his words rolled from stem to tip and fell off.

Who could take this in? The souls of some were formed when they were fishermen. Black nights in screaming winds, their boats tipped high and smacked low, their lives nothing but a cast-up levee of prayer against swamping waves, they knew: God is near.

But this near? Did Jesus just say the babies he kissed had felt the lips of God? And that when he threw back his head at their jokes, they had set the Almighty laughing? Only when Thomas, the doubter, put his hand in Christ’s wounded side did they believe it: “My Lord and my God!”

At the font, a last drop rolls from the crown to the back of her head and falls off. Savannah in her white dress has been crucified. Her gasp at the swamping water is her first breath in an Easter world. The Father has made her his own.

Prayer: Holy Father, you are nearer to us than we can comprehend; help us believe. Amen.

September 13, 2016 at 4:18am
Administrator
Change Location
Find awesome listings near you!