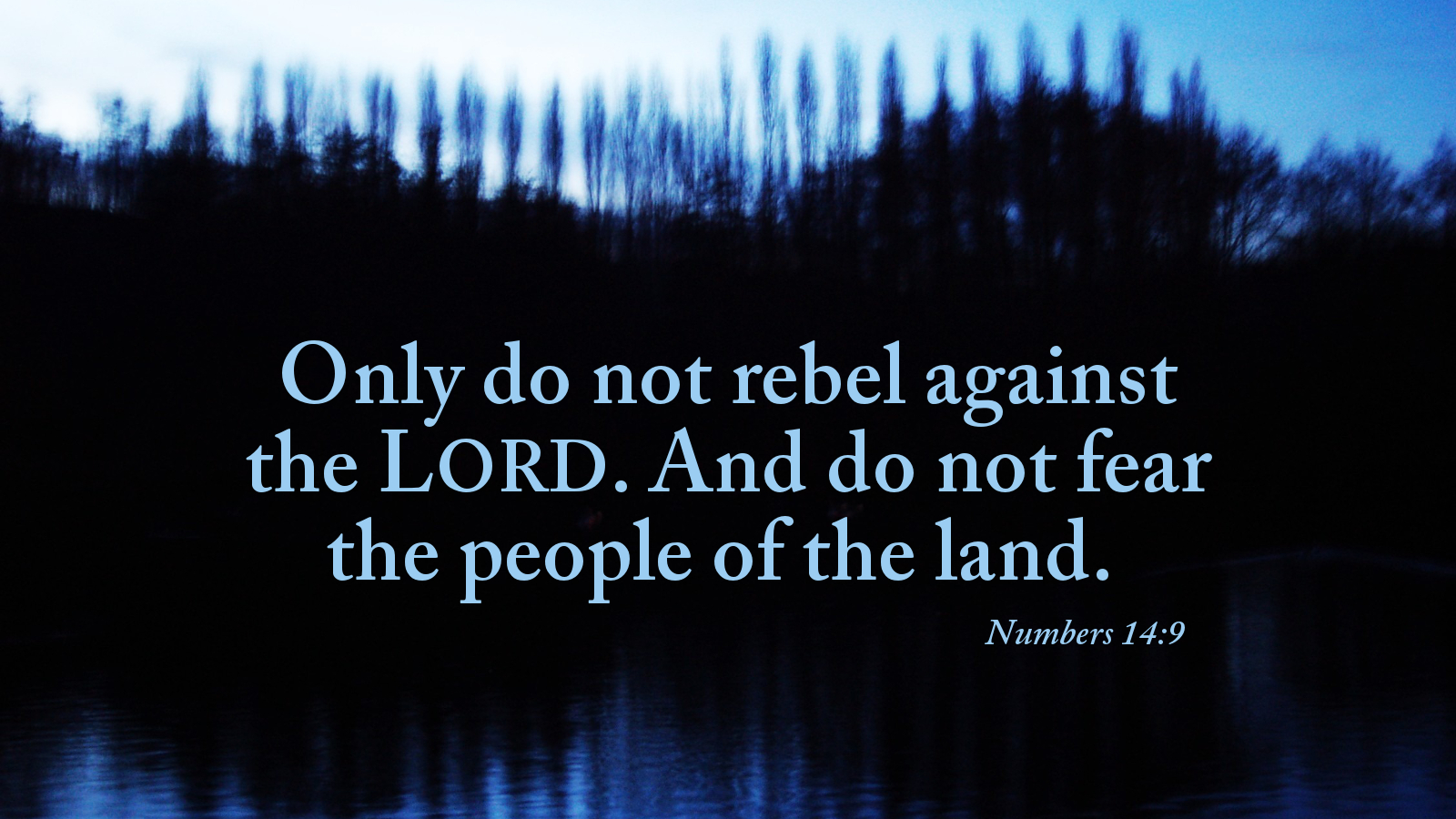 The spies agreed that the promised land was rich and fertile. They also agreed that there were giants on the way. Nevertheless, Caleb and Joshua reported to Moses that they could conquer those giants because God was able to deliver their enemies into their hands (Num 13:30). The other spies, however, delivered a negative report, causing such dissension that the people were ready to stone Moses.

Like Caleb and Joshua, those ten men saw the same country and people in Canaan. The difference was that they took God out of the equation, only seeing the impossibilities rather than the possibilities. God was not angry with the Israelites because the report of the ten spies was wrong. He was angry because the people refused to trust God who had faithfully brought them this far.

We all face difficulties and opposition in our lives. God’s promise is irrevocable, so we must trust him and be steadfast. We may encounter some people who speak only discouraging words. But God has promised to be with us until the end of the age (Matt 28:20). Therefore, let us run the race before us looking only to Jesus, the pioneer and perfecter of our faith (Heb 12:1–2).

Prayer: Lord God, help us always run to you whenever we face giants in our lives, but never run away from you. Amen.

June 25, 2016 at 5:48am
Administrator
Change Location
Find awesome listings near you!