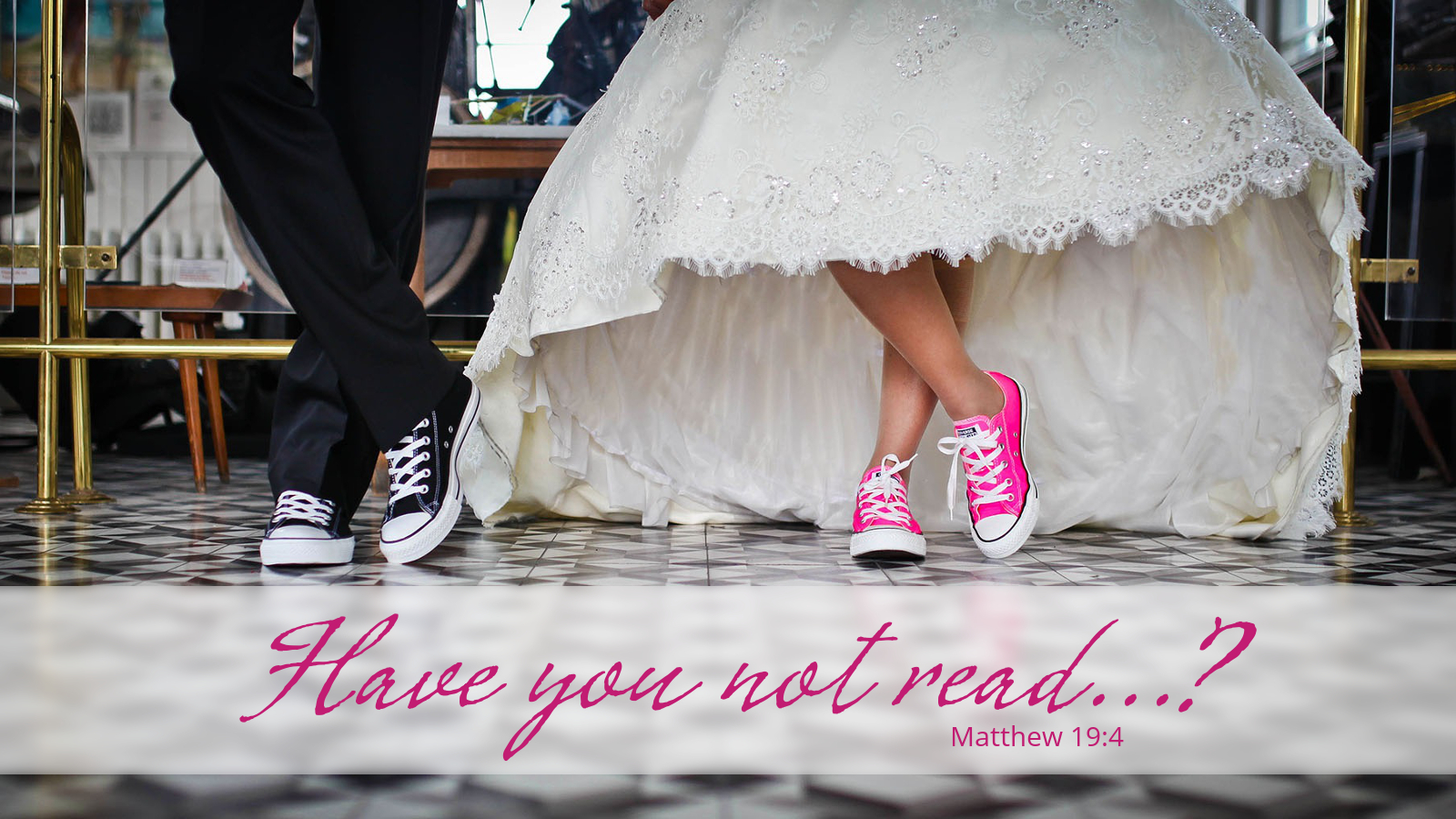 In the past several years, much has been said about marriage. Many folks argue who should be allowed to marry and who has the right to define marriage. For the record, Jesus, who is God incarnate, defines marriage when he goes back to Genesis and discusses the creation of male and female. The point of this devotion however, is to get the focus back onto the one missing from the vast majority of discussions concerning marriage. “What therefore God has joined together.”

In most of the talk about marriage today, government or individuals seem to take front and center place. Nothing could be further from the truth of Scripture. God is the one who is paramount in marriage, not the individual or the state.

There are times when we fall prey to emotional arguments which often hinge on significant subjects such as marriage. Yet marriage is the creation of God himself and his instrument for humanity. We need to keep the focus of such matters in context and put God at center stage and nothing else.

Prayer: Father, help us keep our eyes on you and not be swayed from your word. Amen.