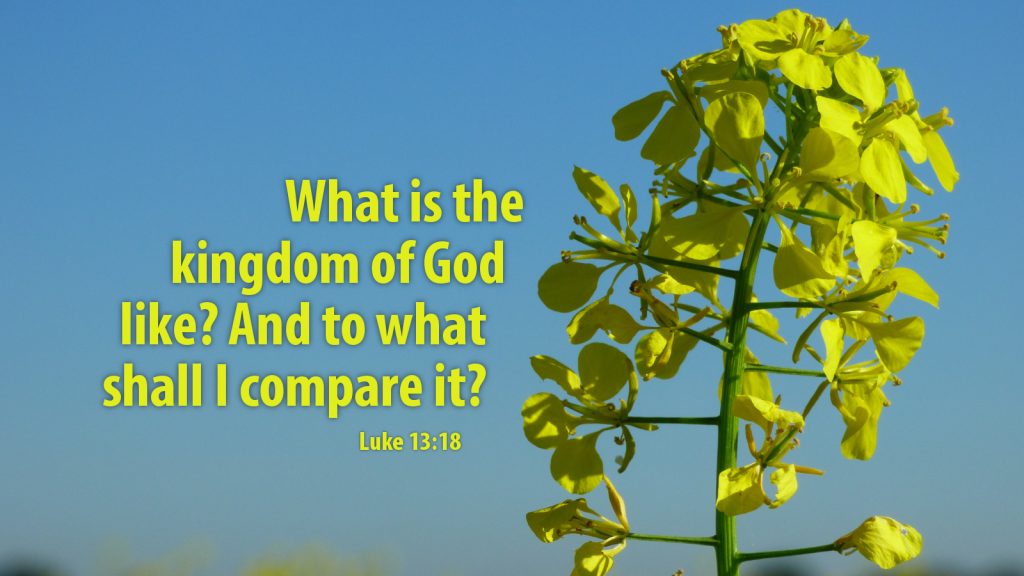 From Christianity’s beginning, the kingdom of God has expanded. Who would have thought that from Christ’s first disciples, the gospel would reach the world? Who would have thought that from the mouths of western missionaries who traveled to other nations of the world without knowledge of the local languages and cultures, whole tribes and nations would hear the gospel and believe? While its beginnings may appear negligible, the kingdom of God continues to expand through Christians who witness in their families, communities, and world that Jesus Christ is Lord and Savior.

Prayer: Lord Jesus Christ, use me today as a catalyst for your kingdom’s expansion among my friends, family, and all people with whom I come in contact. Amen.