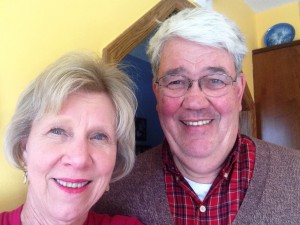 The NALC and China Service Ventures are partnering to send Jim and Carolyn Nestingen to Wuhan, in Hubei Province (next to Hunan), China, as part of the Theologians Without Borders program.These two provinces are where Lutherans started work more than 100 years ago, and they are among the poorest areas of the whole country of China.

Jim will be teaching an intensive two-week course on Luther’s Small Catechism as a document for mission, “to give an account of the hope that is within us.”

Carolyn will be teaching English. Both will teach at the protestant seminary in Wuhan, an industrial center of 10 million people on the Yangtze River. Classes are held in the building where Paul Martinson went to school, and where he and his family endured the first years of  World War II.

The Nestingens leave the United States on March 21st, with plans to return April 5th. They request your prayer support for good health, uneventful travel, wisdom and discernment, open hearts, mutual encouragement, dealing with cultural/language differences, for the seminary as well as for the English classes Carolyn will be teaching.

Visit Carolyn’s blog for updates on their mission trip.