The Great Commission at work in Europe

Home > The Great Commission at work in Europe 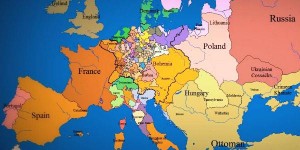 Founded in 1993 for the purpose of rebuilding and equipping the body of Christ in Eastern Europe and the former Soviet Union, East European Missions Network (EEMN) sends short-term and career missionaries to Eastern Europe and former Soviet Russia, mobilizes and equips congregations toward active involvement in the Great Commission, and works to network believers and congregations in relationship and intentional ministry. English Bible camps are hosted in former Soviet bloc countries each summer in partnership with indigenous ministry partners. There are currently five missionaries deployed. Its annual budget is funded through contributions from congregations and individuals.

⇐ Back to GCS home

⇐ Back to Global Missions

Change Location
To find awesome listings near you!