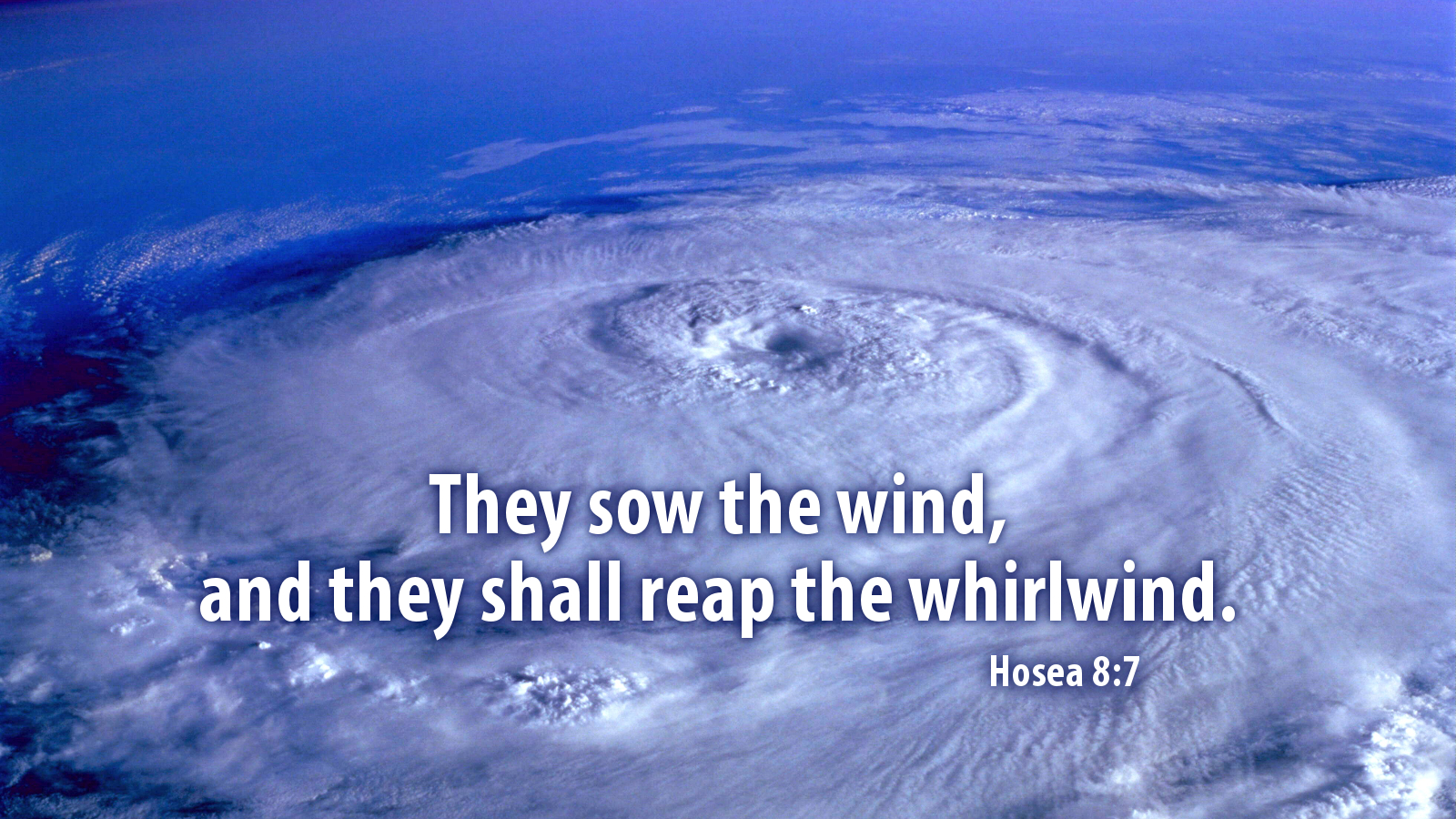 God wants faith. See how the disciples of John came to Jesus and asked him a straightforward question? “Are you the one?” They wanted to know if Jesus was the long-awaited Messiah. His response was not a yes or a no. Instead, he told them to tell John what they had seen and heard. Before he ascended, Jesus also told Thomas, who wanted to see so that he might believe, that the one who believes without seeing is the one who is blessed. We must believe on the basis of Christ’s works and word. Blessed are those who have believed without seeing (John 20:29), who have faith in his word—the same word that the Prophet Hosea and the Apostle Paul preached.

If people today reject the testimony of Scripture, like the ancient Jews and Romans, they too reap the whirlwind and return to the bondage of Egypt. In their self-delusion, they worship the worst idol of all—self—believing the windy prattle of their own mouths, instead of the word of God.

But blessed are they who hear and believe. Blessed are those who have faith in Christ without hearings and proofs, having only heard the testimony of Scripture.

Prayer: Teach me, Holy Spirit, that I may hear and believe. Amen.

October 12, 2016 at 1:00am
Administrator
Change Location
Find awesome listings near you!