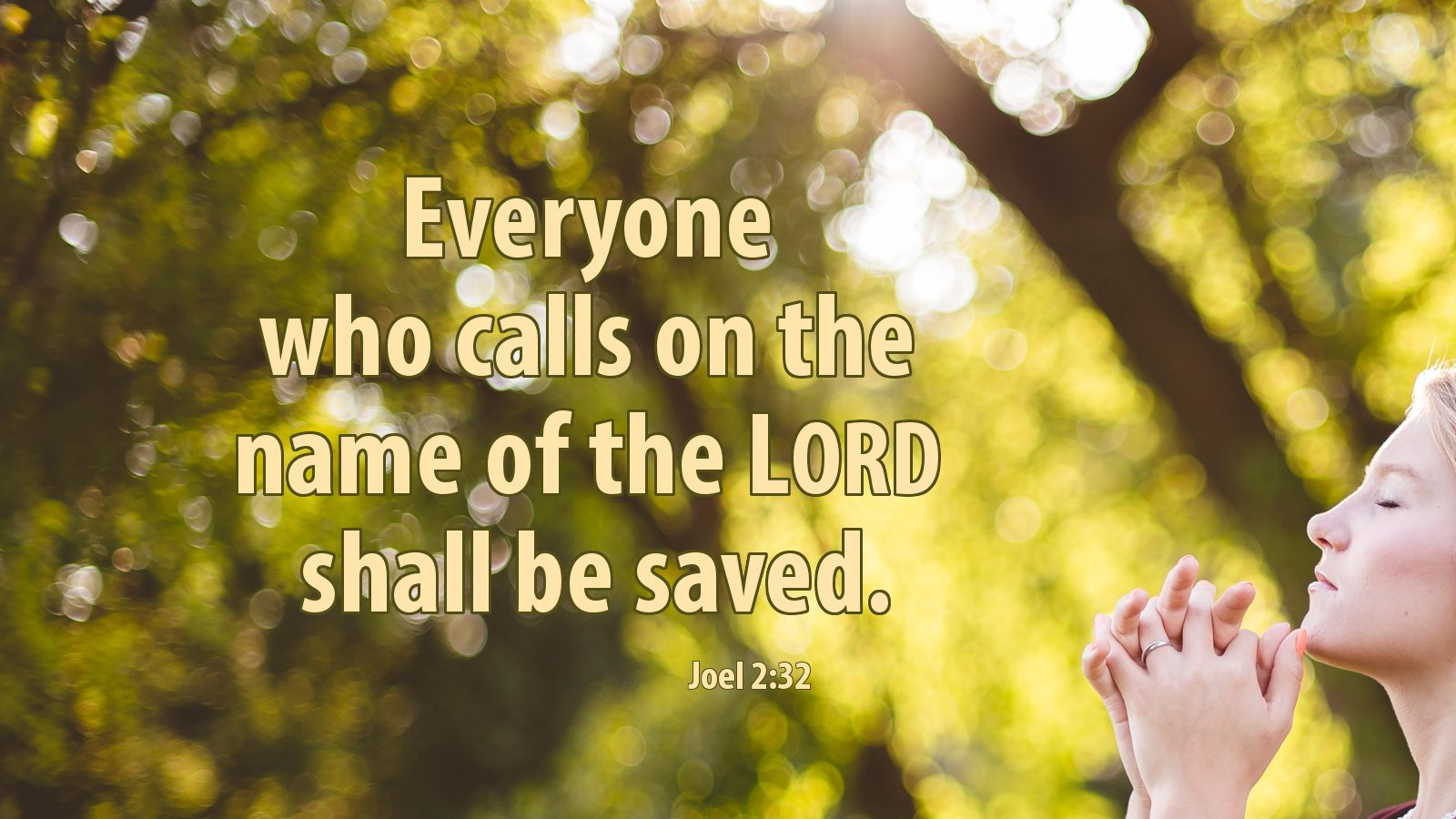 Joel’s is a familiar prophetic word: that God’s people would be carried away into captivity because of their sin and unrepentance but that one day, God would deliver a remnant of his people, bringing them home to Jerusalem. We too are sinners in bondage to sin, unable to free ourselves. Whether one’s sins are beyond measure, or are few in number, the bill is the same to all. The amount owed is life itself, for “the wages of sin is death” (Rom 6:23).

But “everyone who calls on the name of the Lord will be saved.” Whether one’s sins only seem beyond measure, or are truly few in number, the Lord’s mercy is the same for all. He freely forgives everyone who believes, for Christ’s sake. All who call on God through faith in his Savior are the true remnant: those who are forgiven, renewed through the word of truth, and brought home to their true abiding place: God himself.

Prayer: Thank you, God for your great gifts, especially the priceless gift of salvation. Amen.