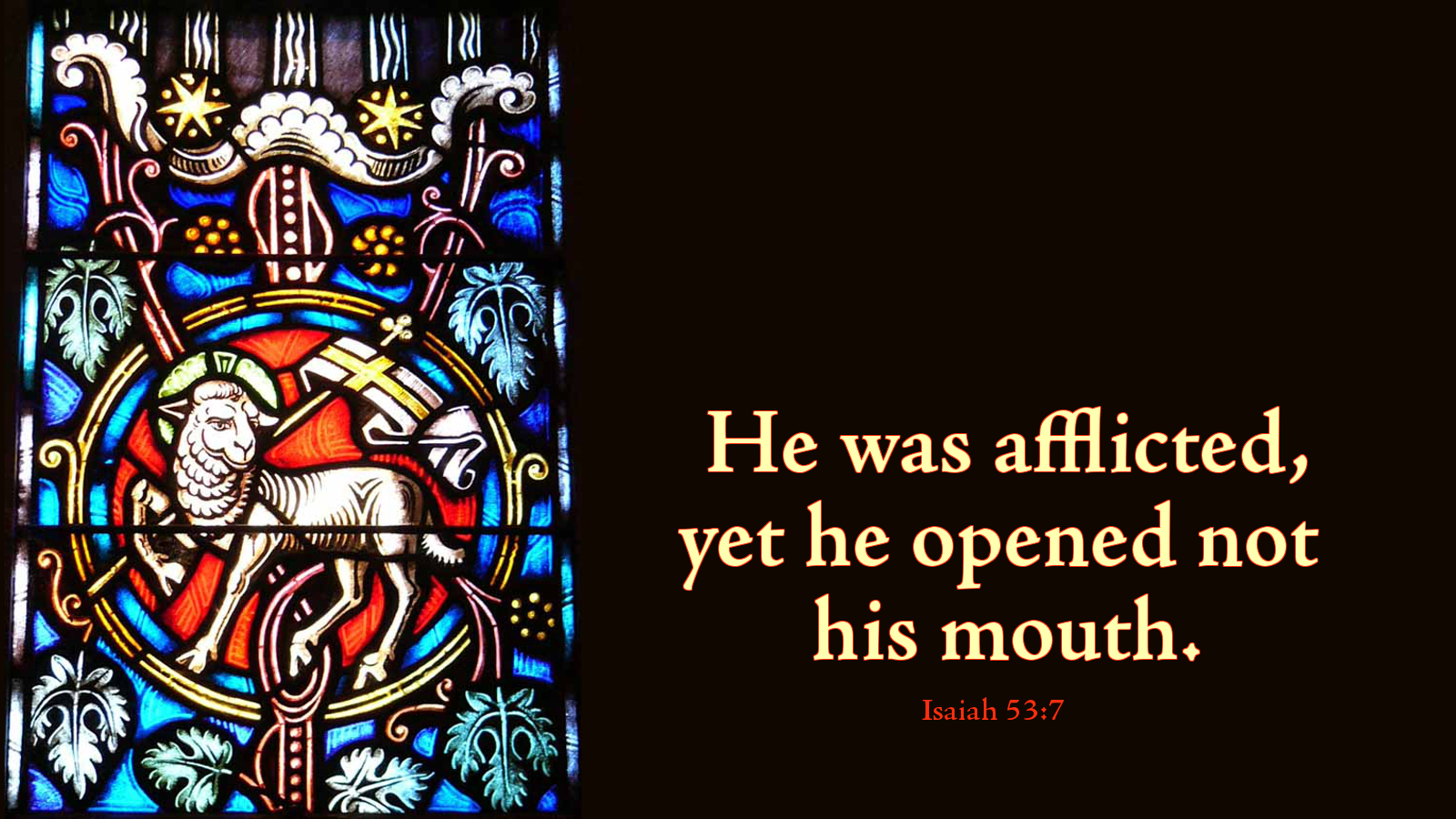 Confronted by our sin against others, sometimes all we can do is remain silent. Our shame is too great for words; the hurt we have caused cannot be erased by speaking. We all suffer from the same condition. Ever since Adam and Eve took a bite of the forbidden fruit, humans have struggled under the weight of sin and disobedience. We continually find ourselves at odds with one another, leading people astray with our lies, and cheating others because of selfishness. When faced with the realization that we are indeed guilty, there is nothing left that we can say except, “Lord, have mercy.”

Jesus stood before Caiaphas, as Isaiah prophesied, “like a sheep that before its shearers is silent, so he opened not his mouth” (Isa 53:7). He did not remain silent because of guilt, but because his actions would speak louder than any words uttered by human lips. Jesus, the Lamb of God who takes away the sin of the world remained silent before false testimony so that he might save even those who accused him wrongly. Living without sin, the Son of God offered his life and died the death we deserved so that we might live.

Prayer: We give you thanks O Lord our God, for your mercy and grace that is through Christ our Lord. Amen.

July 27, 2016 at 4:43am
Administrator
Change Location
Find awesome listings near you!