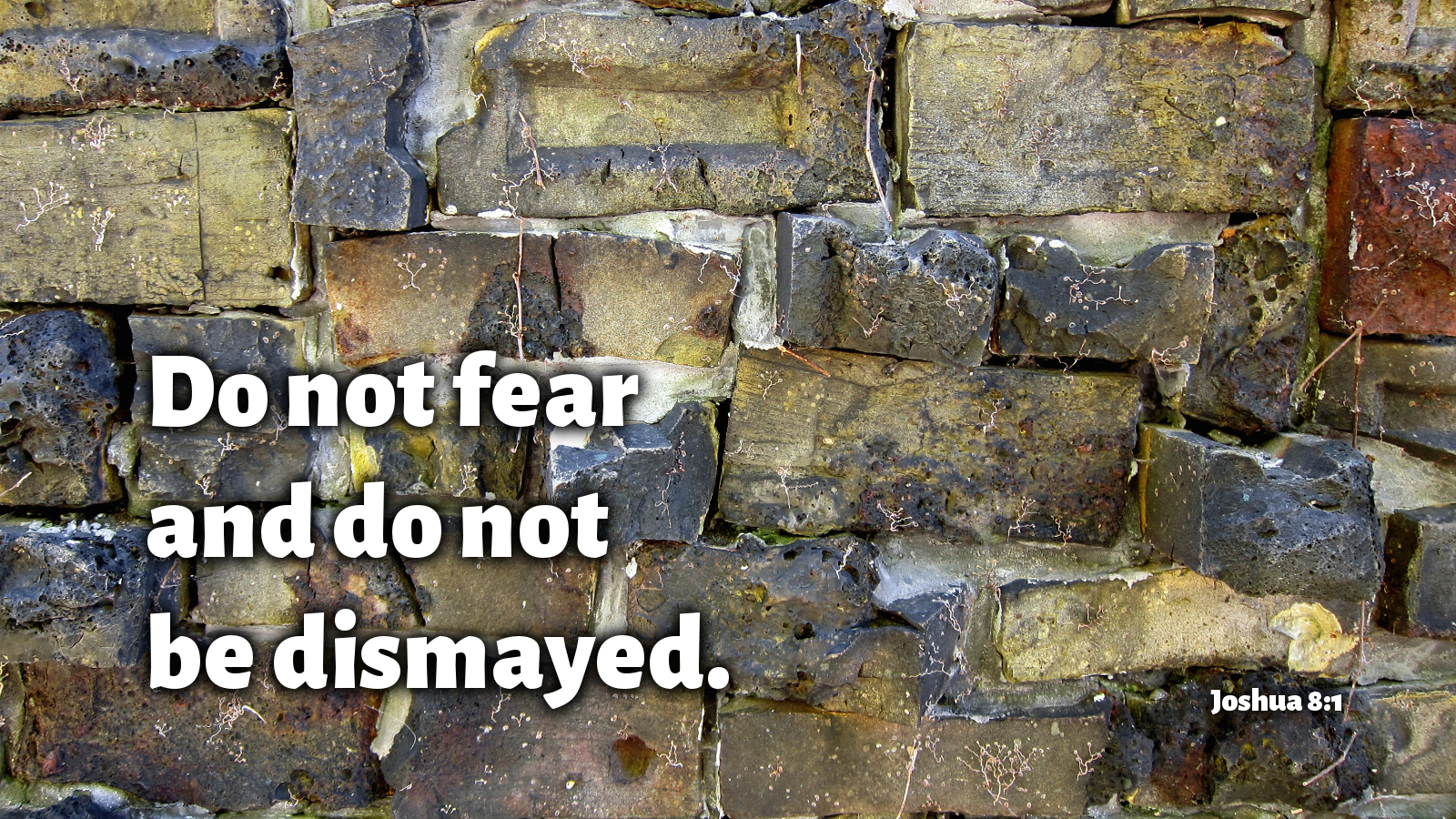 I love old movies—especially when John Wayne is in them. In one scene from “The Horse Soldiers,” Wayne’s character encounters an old comrade who is now on the opposite side of the battle. Wayne’s men have captured his old friend along with his entire battalion. The old comrade has lost one of his arms in battle and appears to be a broken man, as one of Wayne’s underlings declares. John Wayne sets the record straight as he explains, “The man I knew could lose both of his arms and still try to kick you to death.” His old comrade lives up his reputation.

Joshua, the man who followed Moses as the leader God’s people, was just this type of man. However, even the bravest fighters, like Joshua, need to be reminded: “Do not be frightened or dismayed.” God encouraged the great warrior Joshua and all his troops as they sought to overtake the city of Ai in battle. The same God that strengthened Joshua also speaks these same words of encouragement to each of us as we battle all that the enemy throws our way throughout life.

July 26, 2016 at 4:42am
Administrator
Change Location
Find awesome listings near you!