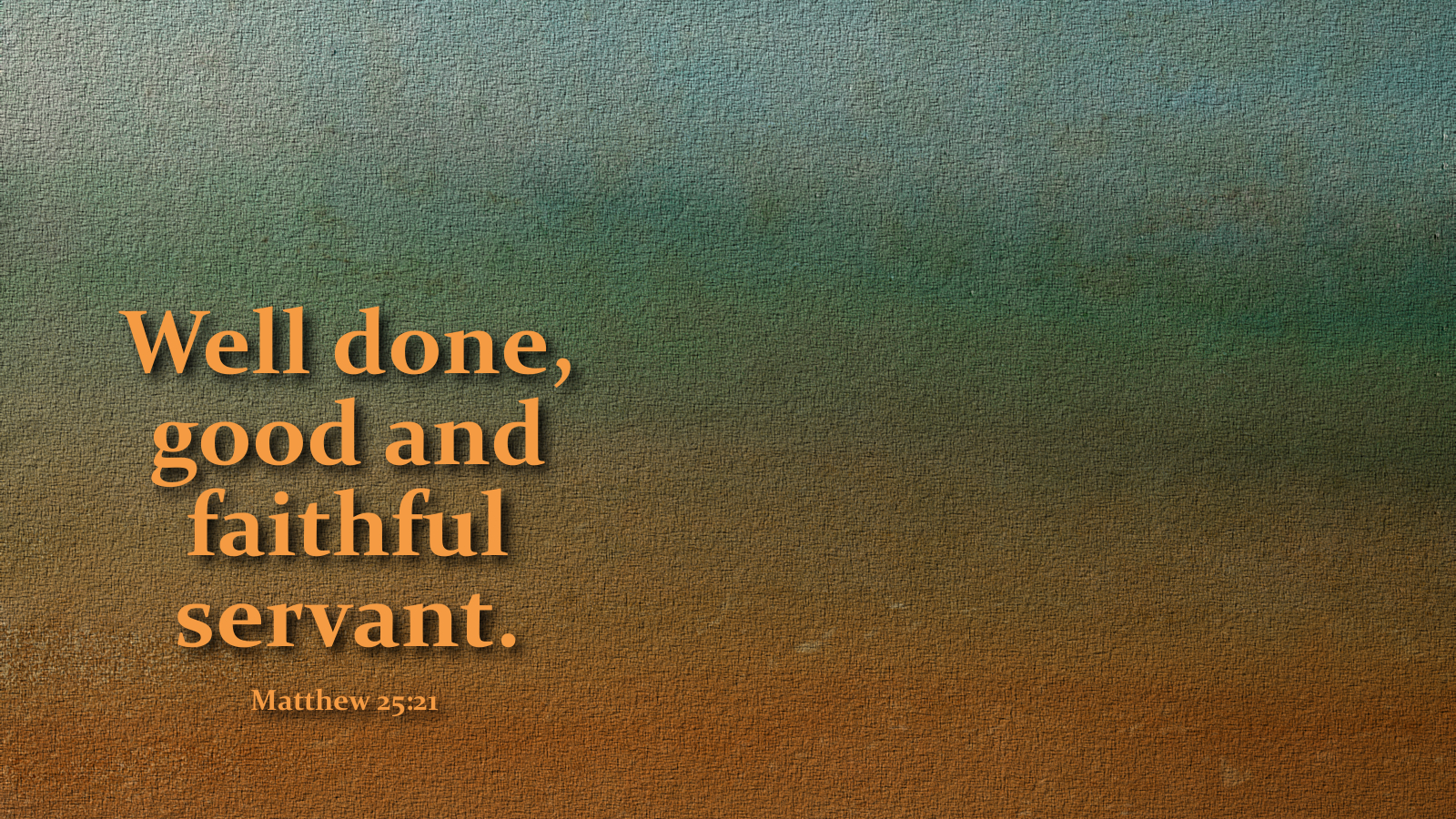 In my first seven years as a pastor, I served a congregation that was located in a big city in the Midwest. Most public schools in the area had a very poor academic performance. As I asked several young people who lived in the community to share with me why they were failing, most of them often said they were failing because the teachers were not smart. They placed the blame, not on themselves but, on their teachers.

Man has a history of placing the blame for his wrongdoing on others—especially on God. When questioned about his disobedience in the garden of Eden, Adam placed the blame on God and on the woman God had given him. In the parable of the talents, the man with one talent placed the blame on the Master.

For the brief time God has given us in the world, he has entrusted gifts to each one of us, to use in service to others, for his glory. He has also given us the freedom to put our gifts to work or to hide them. When Jesus Christ comes again, he will reward those who put their gifts to work.

Prayer: Lord Jesus Christ, in your love for me, free me from fear and grant me the courage to put to work the gifts God has given me. Amen.

July 19, 2016 at 1:00am
Administrator
Change Location
Find awesome listings near you!