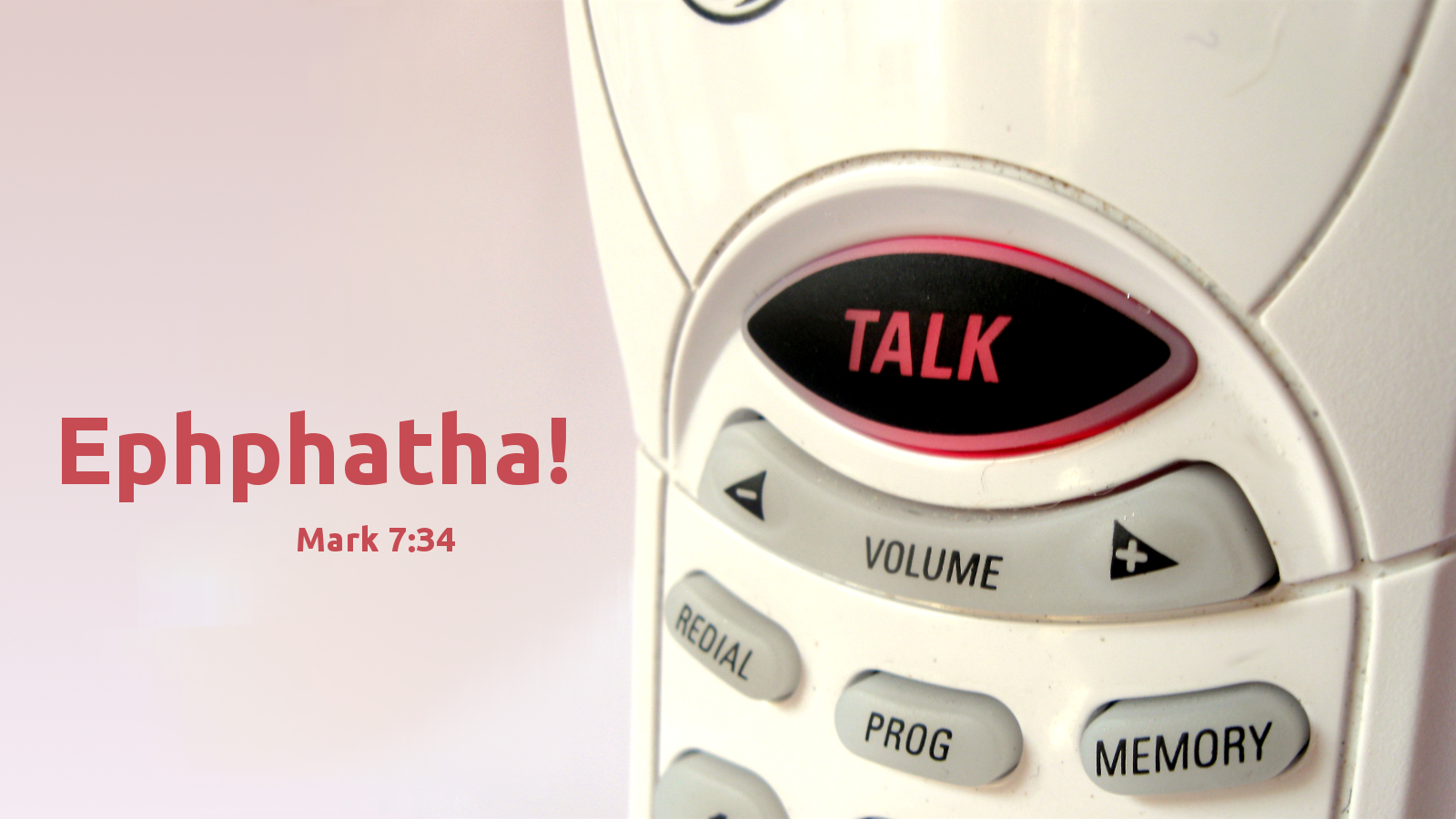 An unnamed man is brought to Jesus by an anonymous crowd. They intervene on the unknown man’s behalf, begging that Jesus heal both his speech and hearing disability. With a gentle touch, the natural elements of spit and mud, and a simple word, “Ephphatha,” that is, “be opened,” the man’s “ears were opened, his tongue was released, and he spoke plainly” (Mark 7:34b-35).

When we were brought to baptism a similar miracle unfolded. With a simple touch, the earthly element of water, and God’s Word we were set free from our bondage. Although the bondage may not be have been of a physical nature as in our reading, it is the captivity of sin and certain death.

However, as we grow in years, we allow the fear of public opinion, the chasing after worldly goods, empty promises, and the erroneous use of our time to incarcerate us anew, limiting or even disabling our faithful Christian worship and witness. “Daily,” Martin Luther urges, “remember your baptism.”

Prayer: Lord Jesus, as you made the deaf hear and the dumb speak, may our ears receive your word, and our mouths proclaim the glory of God the Father. Amen.

January 24, 2016 at 5:54am
Administrator
Change Location
Find awesome listings near you!