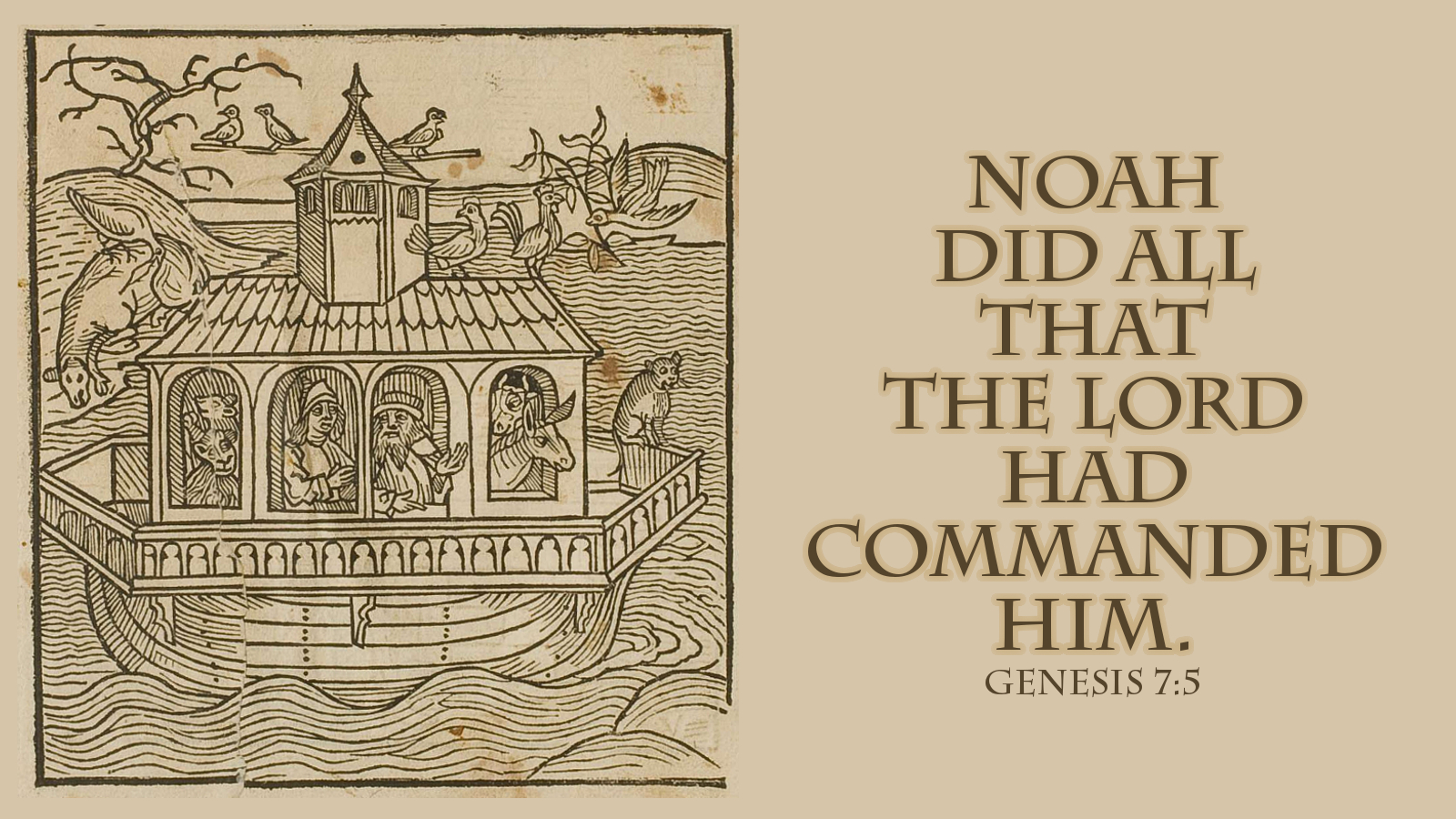 My first synod assembly as an ordained pastor was in the oddly named town of Devils Lake, North Dakota. It was about a three hour drive from my home in Fargo, almost all of it through prairie land. At one point, it dawned on me that I was the only thing moving as far as the eye could see: no other cars, no people, no tractors, no livestock, not any birds…nothing. It was just me and the endless Dakota prairie. I knew I wasn’t lost, but it was deeply unsettling to be so alone.

I imagine Noah and his family must have felt much the same thing. The 40 days of rain and floods must have been bad enough; the 150 days of calm which followed must have been worse. They weren’t lost, but they were alone. How terrible it must have been to look out on the endless ocean and know that they were the only people left alive, their ark the only moving thing. How sobering to realize that God had truly saved them from the flood.

Prayer; Lord, open our eyes your terrible judgment of sin, that we might cling to your Word and flee to the ark of your Son, in whom we are never alone. Amen.

January 17, 2016 at 4:01am
Administrator
Change Location
Find awesome listings near you!