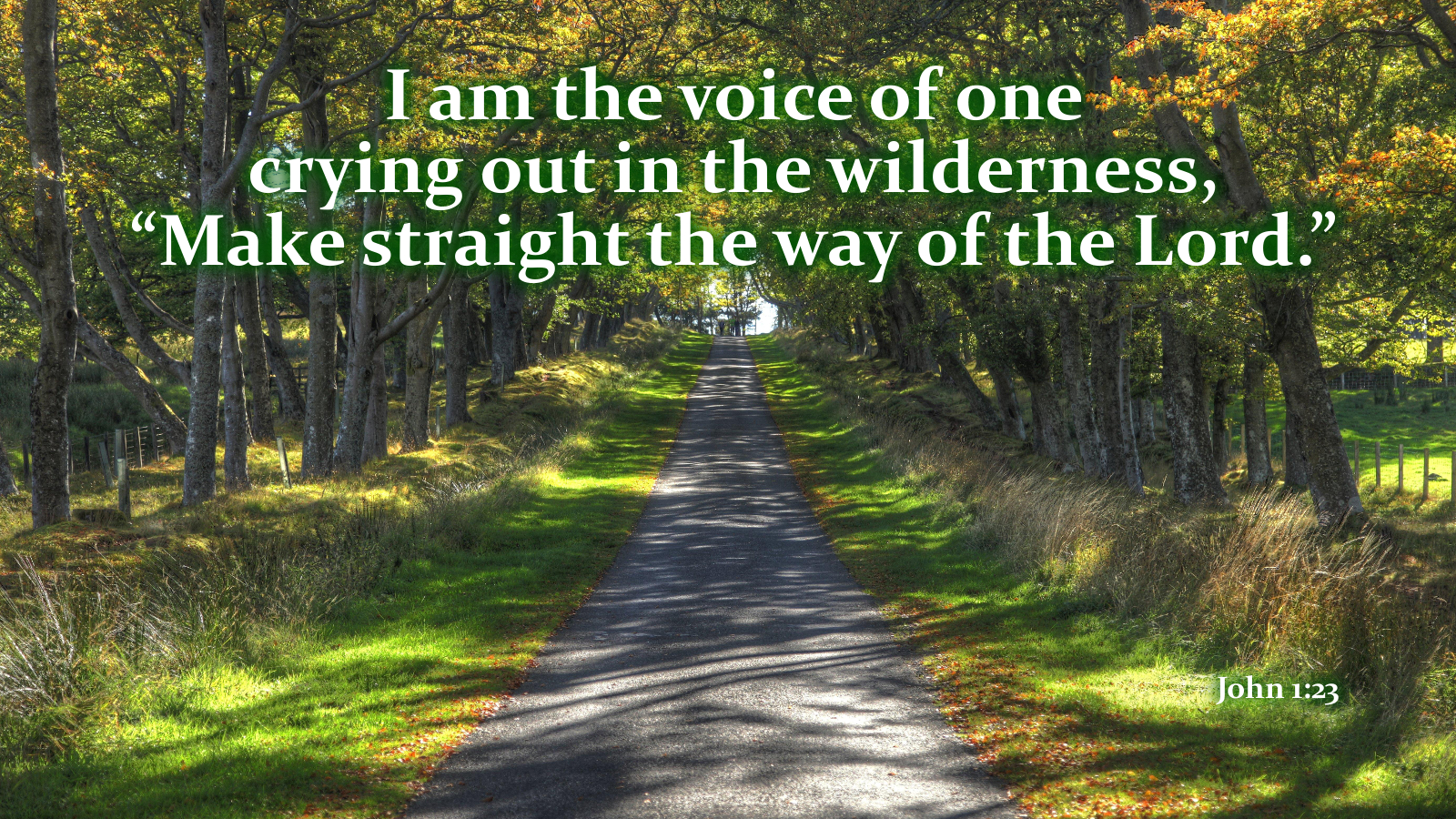 “I want to make it quite clear I am not a candidate!” How many times have we heard such a speech during election season, then just as suddenly we hear another sort of speech? It is often difficult to get a sense of a candidate’s identity or values just by hearing them speak. Hoping for election, too many present themselves to be someone or something they are not. Today we hear a story of a man secure in his identity while pushing forward into the public eye in order to glorify another.

John was wildly popular and had many followers. Yet, just as the people begin heaping accolades upon him, he refuses all of the titles and offices the public wills him to have. John knew exactly who he was. More importantly, he knew who he was not. John’s call was one of repentance, one of preparing ourselves to receive the one who is to come.

We too are called to proclaim this message of repentance and salvation. The Church stands today as God’s messenger of hope, that all who hear the good news may come to know Christ as Lord of all.

Prayer: Lord God, help us to prepare the way of the Lord by proclaiming the truth of your mercy and grace through Jesus Christ. Amen.

August 9, 2016 at 1:00am
Administrator
Change Location
Find awesome listings near you!