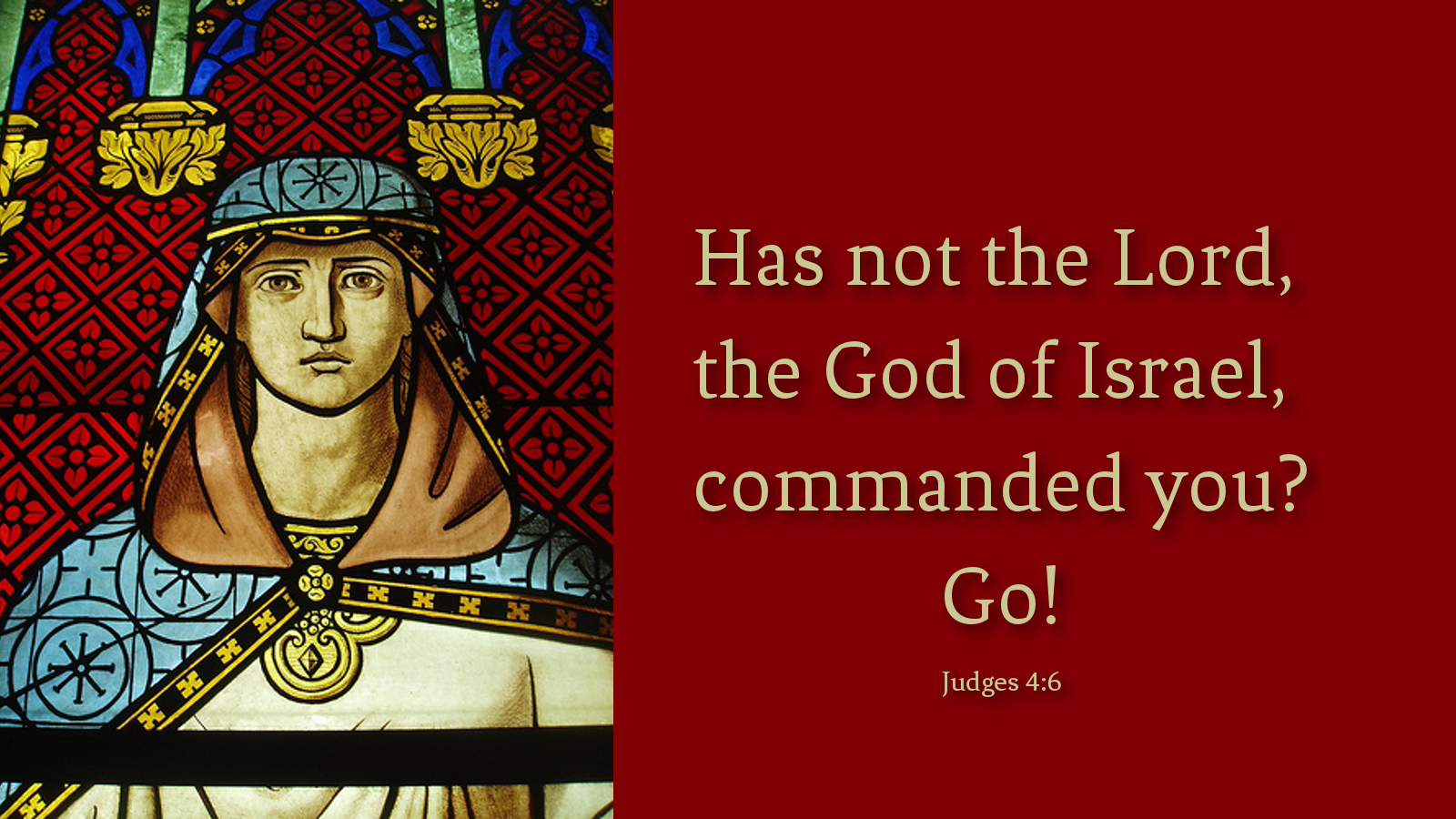 “Has not the Lord…commanded you?” Deborah asked Barak. He had delayed action even though the Lord had promised to be with him in the battle. Because Deborah then agreed to go with him into combat, Barak did as ordered. Later, Peter also wavered, denying the Lord three times. Like Barak, Peter finally entered a conflict of another sort, becoming a preacher of the gospel.

The Lord has called us to a great battle, a struggle for souls. The field is frightening, the warfare turning from castigation to bloodshed throughout the world. Yet, the Lord has commanded (Matt 28:19–20), promising to be with us as we go. (Matt 28:20b)

Perhaps, like Barak, we are waiting for someone to go with us into the larger world. Or, like Peter, maybe we need the realization of Christ’s resurrection and ascension. If we believe the Lord to be dead and still in the grave, fear will rule the day. When we truly believe that he rose from a sealed grave and ascended to the Father, we need no more company than that of the Lord himself, who goes with us—indeed, his Holy Spirit preceding us—into the greatest battle the world has known.

Prayer: Risen Lord, give me courage and strength for today’s battle. Amen.

Original image: This stained glass depicting Deborah is one many removed from the Cologne cathedral prior to air raids on the city during World War II.

August 4, 2016 at 1:00am
Administrator
Change Location
Find awesome listings near you!