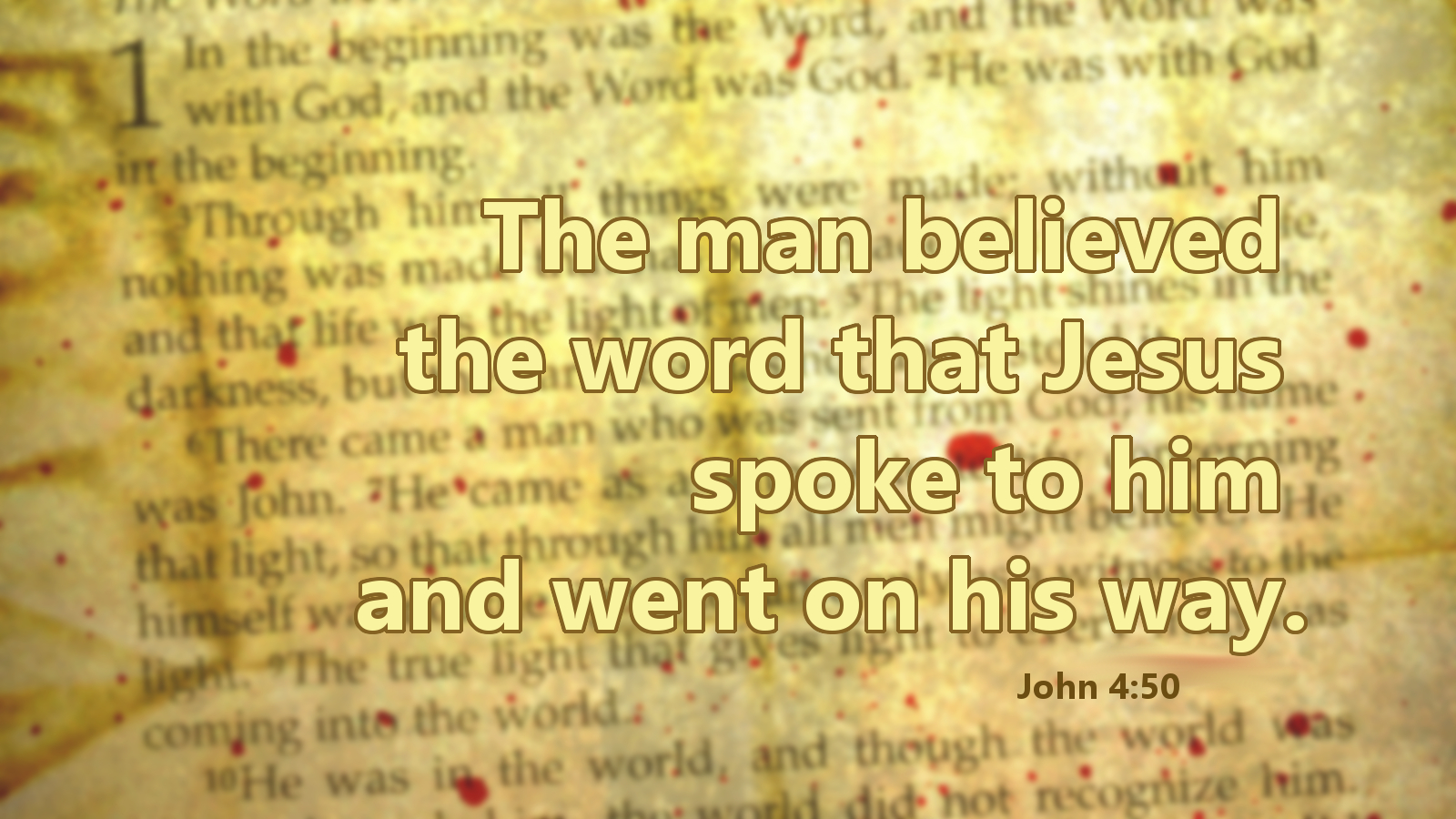 Some people seem to be called by God from a very early age. We see signs of the Spirit in their lives and wonder if they will become pastors or missionaries one day. Years later, we are sometimes surprised that they did not turn out the way we expected. Such is the case of Samson, marked as a holy Nazirite from birth, but who seemed only to believe in himself. Moses too, seemed destined for great things but became a murderer and outlaw.

Despite their failed personalities, God used them both as deliverers of his people. Nevertheless, their own people rejected them time after time. Jesus also came to his own people as Savior, but they would not receive him (John 1:11). The people under Moses’ and Samson’s care required signs and wonders to believe; so did the people of Jesus’ day. But there was a man whose son was dying, who took Jesus at his word. At Jesus’ statement, “Your son will live,” the man went home without requiring proof. He simply “believed the word that Jesus spoke.”

May we take God at his word and grow strong in faith, through the power of the same Spirit who rushed upon Samson.

August 19, 2016 at 6:04am
Administrator
Change Location
Find awesome listings near you!