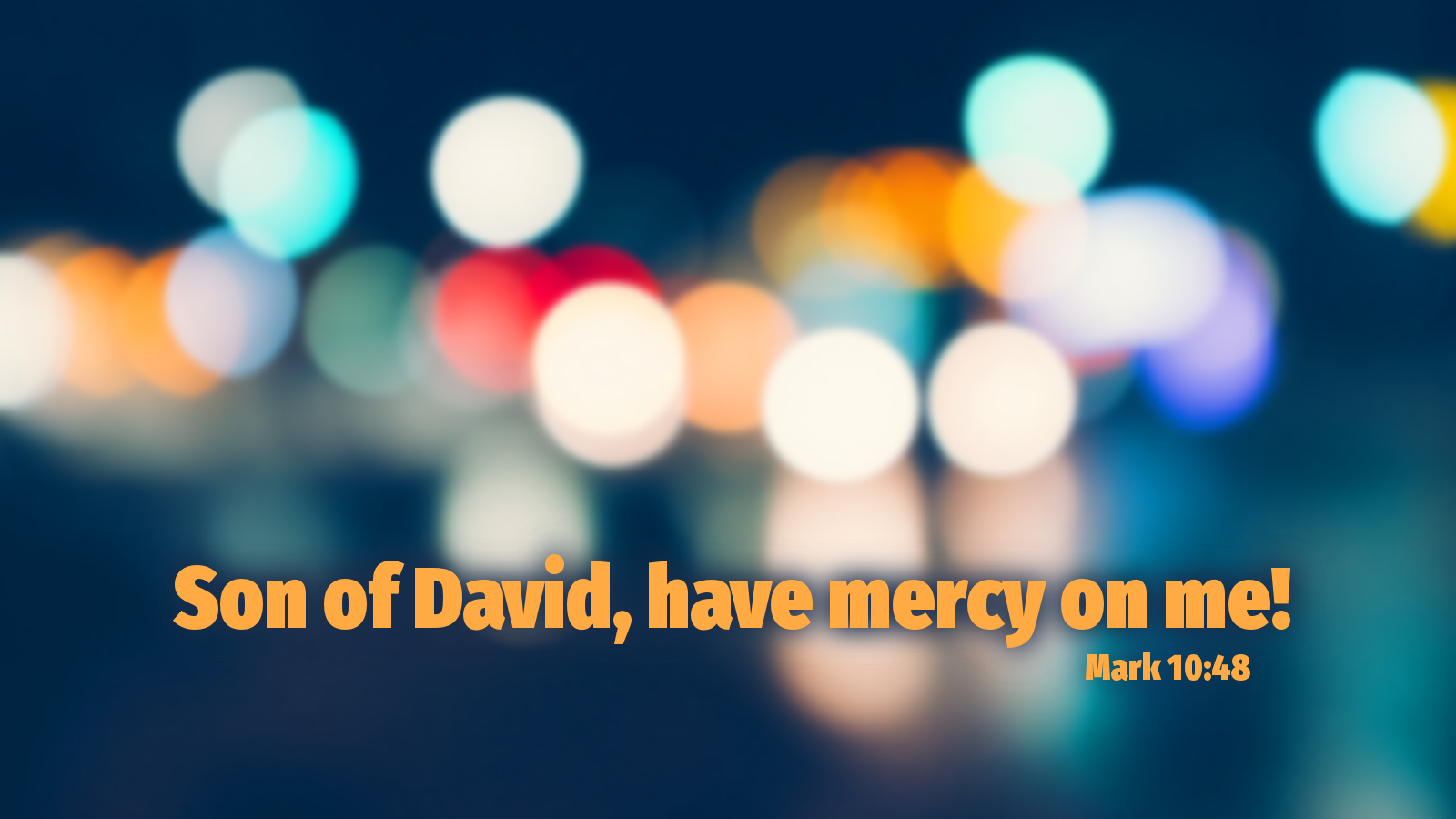 I tend to think Bartimaeus is rude. I peg him as one of those boisterous, disruptive characters who trample decorum. “Shhh, be quiet,” says everyone. But he shouts more loudly! Who does he think he is: ignoring the instructions of the majority and bellowing to have his way?

But before people like me can cuff him into silence, Jesus stops and wants to meet him. So Bartimaeus (as one expects from his type), hurls aside his cloak and leaps at the opportunity. He is breathless. But never at a loss for words. “Let me see again!” he trumpets. And, of course, Christ does.

What does Jesus see in him and people like him: the dishonest steward, the schemer who got the pearl of great price — those pushy people on the make? No sooner is Bartimaeus healed than he is on to bigger things: like following Christ.

Maybe that explains it. Those who go for broke on worldly things get their hearts broken on them. When they finally go for broke on Jesus, heaven rejoices. How weary Christ must be with my cautious, blind, smugness! Meanwhile he was on the make all along for brassy Bartimaeus.