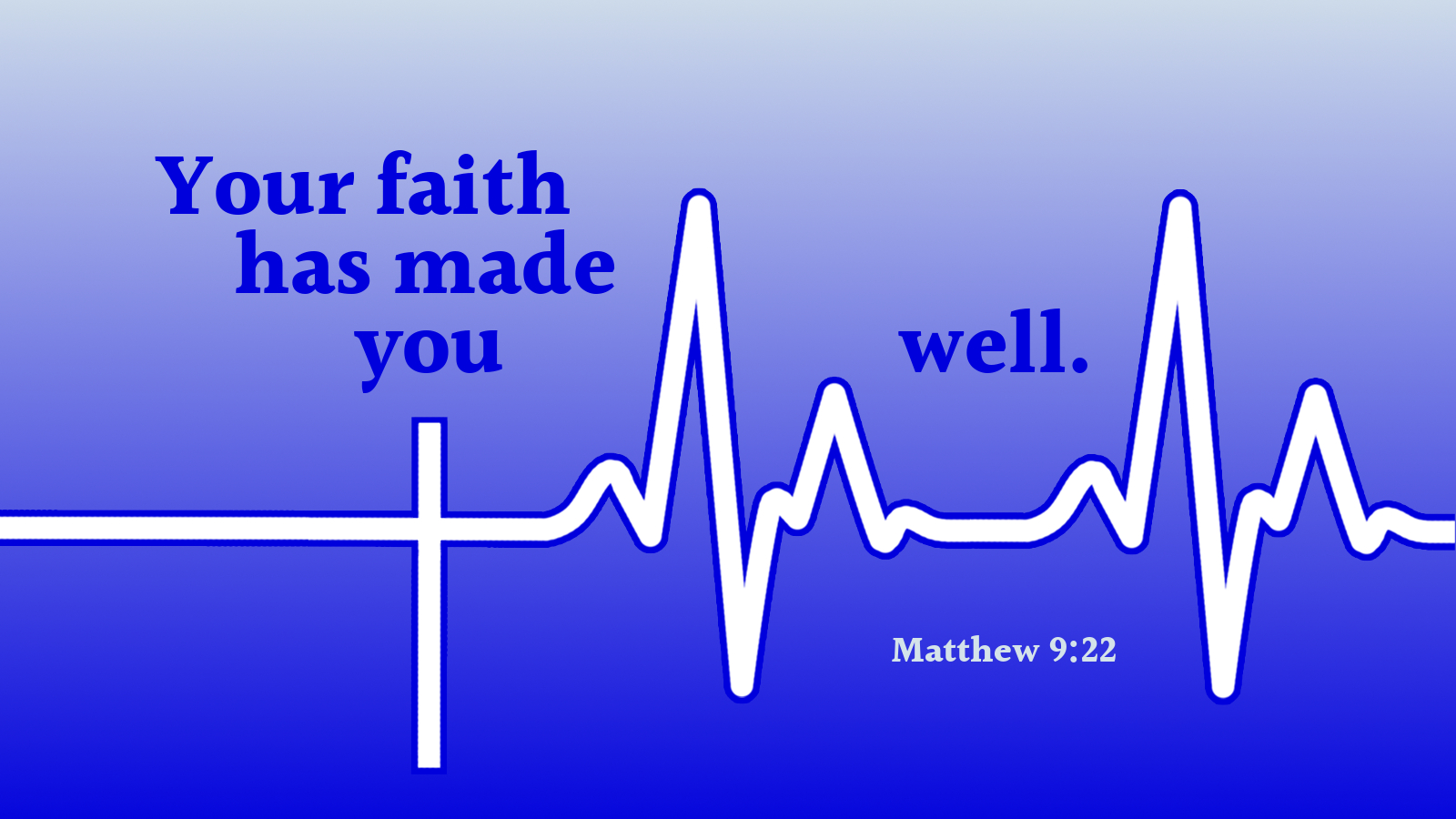 The leader of the synagogue knew that if Jesus would but touch his daughter, she would live. But his friends and the community had no just trust in Jesus’ ability to heal the sick or raise the dead. When Jesus went in to wake the girl up the people laughed at him. They were certain that she was dead and that Jesus’ visit to her would be in vain. What a lack of faith they had.

The woman who touched the hem of Jesus’ garment did not lack faith. She trusted that Jesus could make her well and with the words of his lips, it was accomplished.

How often do Christians scoff at Jesus’ supreme power over all things? They scoff at his ability to raise the dead. There are Christians who will tell you that when you are dead, you are dead. Jesus has shown us over and over again that he is the Lord of both the living and dead. He raised Lazarus. He, himself, is risen from the dead. Death does not have victory over those who have received eternal life through Jesus the Christ.

Prayer: May God grant us all abundant faith in Jesus Christ our Lord. Amen.