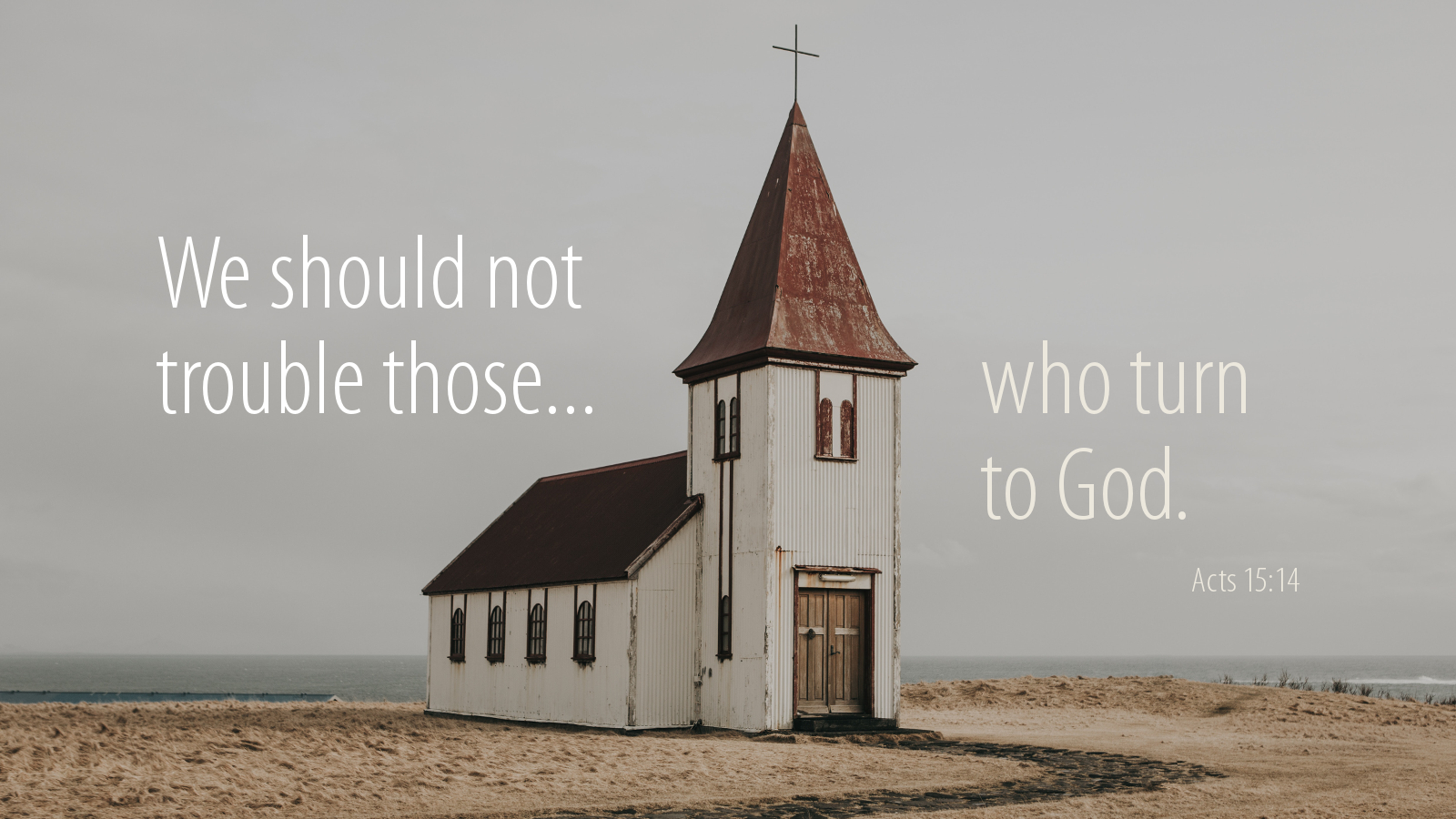 When I was very young, I volunteered to serve on an altar guild. I lasted only one month. Unbeknownst to me, the altar guild duties included cleaning the bathrooms and hauling out the garbage. I got critiqued strongly for not doing that. It was not a training moment; it was a “you messed up — fix it” moment.

The church calendar offered two options for the color of paraments for one of the Sundays that month. No one was around to ask, so I chose one. We had a pulpit supply pastor that Sunday. Before he began the service he announced to the congregation that the wrong colors were on the altar. That was the last time I volunteered to serve on an altar guild — ever.

At a council in Jerusalem, James encouraged the others to not put obstacles in the way of anyone who is turning to God. Be very cautious in your insistence on following traditions which have nothing to do with salvation. Do not be a stumbling block in the way of others’ faith. Be careful not to insult those who wish to serve the Lord; rather, encourage them and train them accordingly.

Prayer: Heavenly Father, keep “the way we do things” from becoming stumbling blocks to those who are turning to you. Amen.