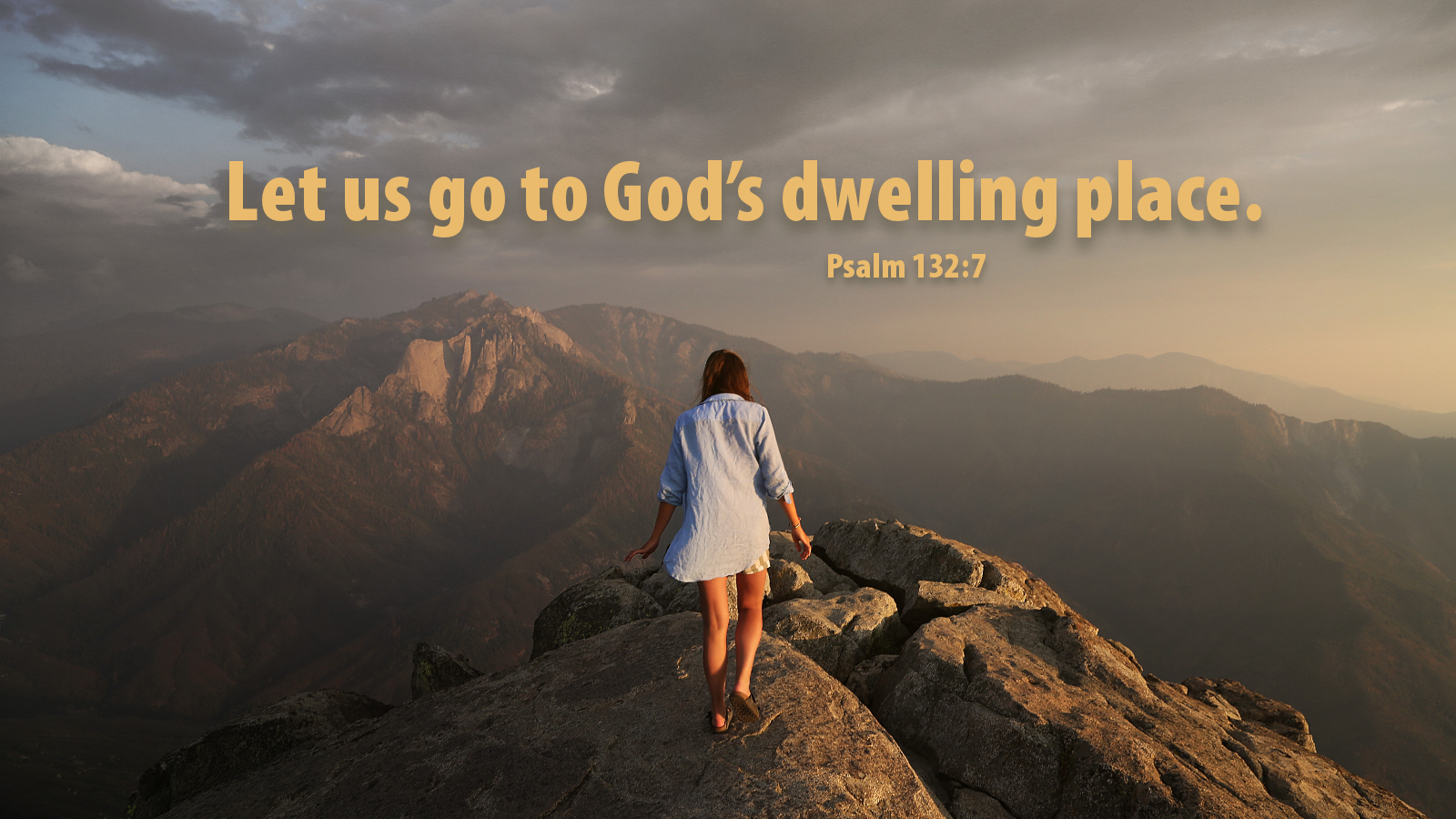 Sunday of the Week of Advent IV

“I will not allow my eyes to sleep, nor let my eyelids slumber;
Until I find a place for the Lord, a dwelling for the Mighty One of Jacob…”
“Let us go to God’s dwelling place;
let us fall upon our knees before his footstool….”
“A son, the fruit of your body will I set upon your throne.”  (Psalm 132)

King David was haunted by the fact that the Lord God resided in a tabernacle, a tent, which paled in comparison to David’s own lodging. This psalm is an expression of David’s desire to not rest until he found or built a suitable dwelling place for the Lord. This was not to be, however. It would be David’s son Solomon who would build the Temple in Jerusalem, in God’s own timing and at his direction.

That’s how it is with us humans — even we children of God. We are either looking for God in all the wrong places, or trying to put him in a box, a building, a temple or a basilica. Who ever thought God would be found in a stable, in a manger, surrounded by ox and ass, his virgin mother and foster-father nearby?

There are hints in this psalm of the miracle to come — of the birth of the Christ child. King David says, “Let us go to God’s dwelling place, let us fall upon our knees before his footstool,” yet he little realized that one day, in God’s own timing and according to his own plan, Magi would come to the stable and kneel at the manger. David heard the promise that his own son would be set upon his throne, never imagining that his “son” would be Jesus, of the house and lineage of David, born in Bethlehem, his throne a feed-trough!

The Messianic promise concludes this psalm, “There will I make the horn of David flourish; I have prepared a lamp for my anointed. As for his enemies, I will clothe them with shame; but as for him, his crown will shine.” This evening, we will kneel again at the throne of God’s only begotten Son, Jesus, as his crown shines with the light of the star over the holy city. This evening, we will again hear the good news that God is with us — Emmanuel!

Advent Action: Gather with fellow believers for Christmas worship! If you are home-bound, read Luke 2 and John 1:1-18.