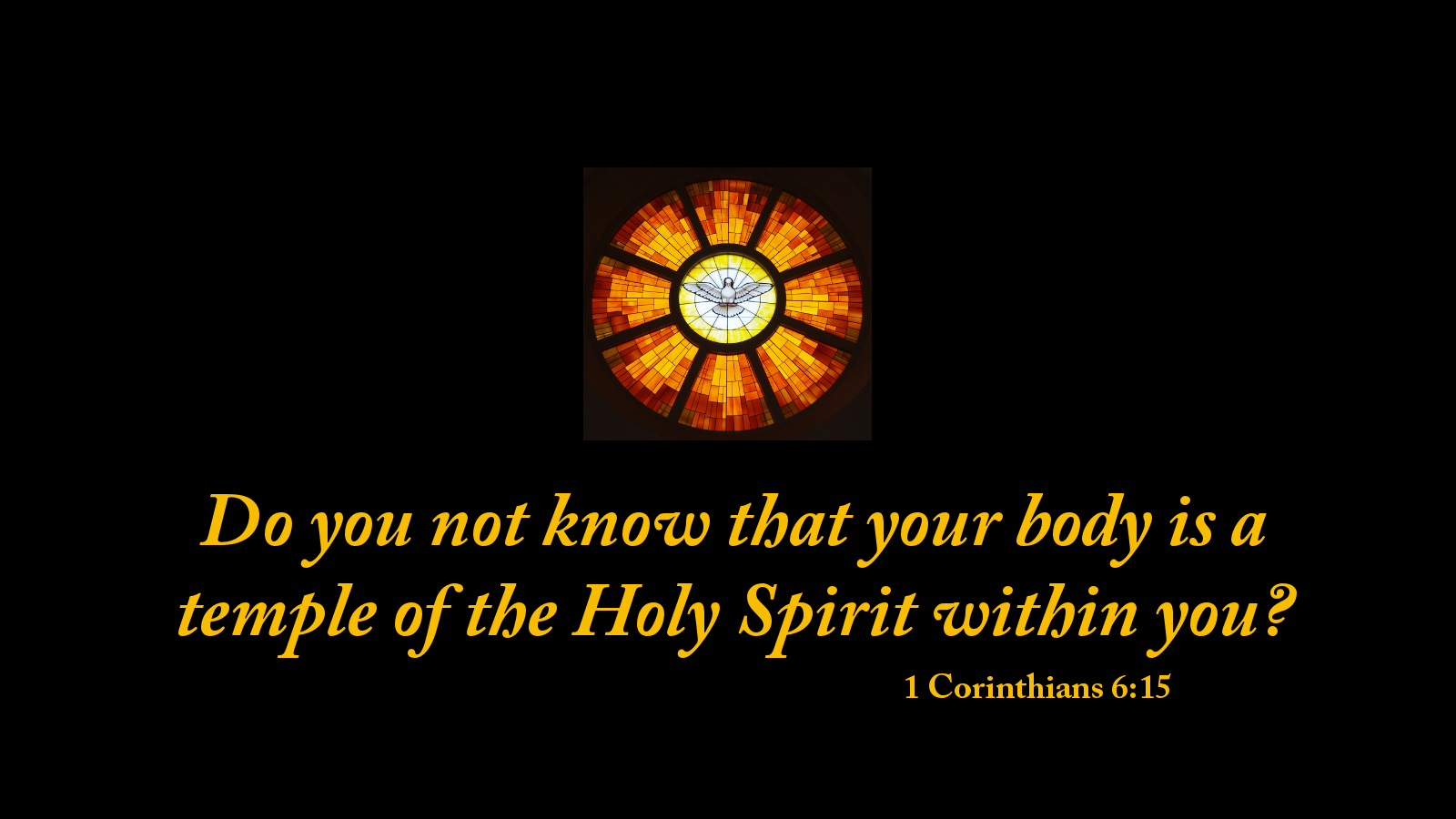 This devotion might be titled, “Your Body as a Temple, Part II.” The daily lectionary continues in Paul’s first letter to the Corinthian congregation, so at this point Paul returns to his assertion that the body is a temple of the Holy Spirit. He brings this up in his condemnation of the immoral behavior of some of the Corinthians who were availing themselves of the services of pagan temple prostitutes. Pagan gods and goddesses were understood to control local conditions, so having sexual relations with the prostitutes in the temple of the fertility goddess assured you would have good crops, for example. Surely, some Christians thought, following local religious practices wouldn’t affect their faith and religious practices as Christians.

To the contrary, Paul points out that they are misunderstanding the body, the flesh, and how sexual relations were created by God in the first place. When two enter into sexual relations, the two become one flesh, as it says in Genesis and is affirmed by Jesus. God intends that one man and one woman come together in marriage in a union that makes the two again one flesh. As woman was taken from man at creation and the two were divided, marriage and the sexual union reunite man and woman. So thinking “sex is just sex,” and “sex is just physical—it doesn’t really mean anything,” couldn’t be further from God’s created order. When having sexual relations with the temple prostitutes, the Corinthian men were uniting, not just with the woman, but with the idol that she served! This was unacceptable, for one who is united to the Lord becomes one spirit with Him and may not give himself to another spirit.

And doesn’t this speak volumes to the casual sex, immoral behavior, and fornication that run rampant in our world today? Paul reminds us all that “You are not your own; you were bought with a price. So glorify God in your body.” Each and every one of us will live our lives differently when we consider that we were purchased for God the Father by the blood of His Son, Jesus, on the cross. So, glorify God in your body!

Prayer: Almighty God, in a corrupt and immoral world, help us to remain pure and chaste in our thoughts, our words and our actions; through Jesus Christ our Lord. Amen.

Ashes to Easter is written by the Rev. Dr. David Wendel.

For more information, please refer to the Introduction to the Lenten Devotional Booklet.

February 25, 2016 at 5:14am
Administrator
Change Location
Find awesome listings near you!