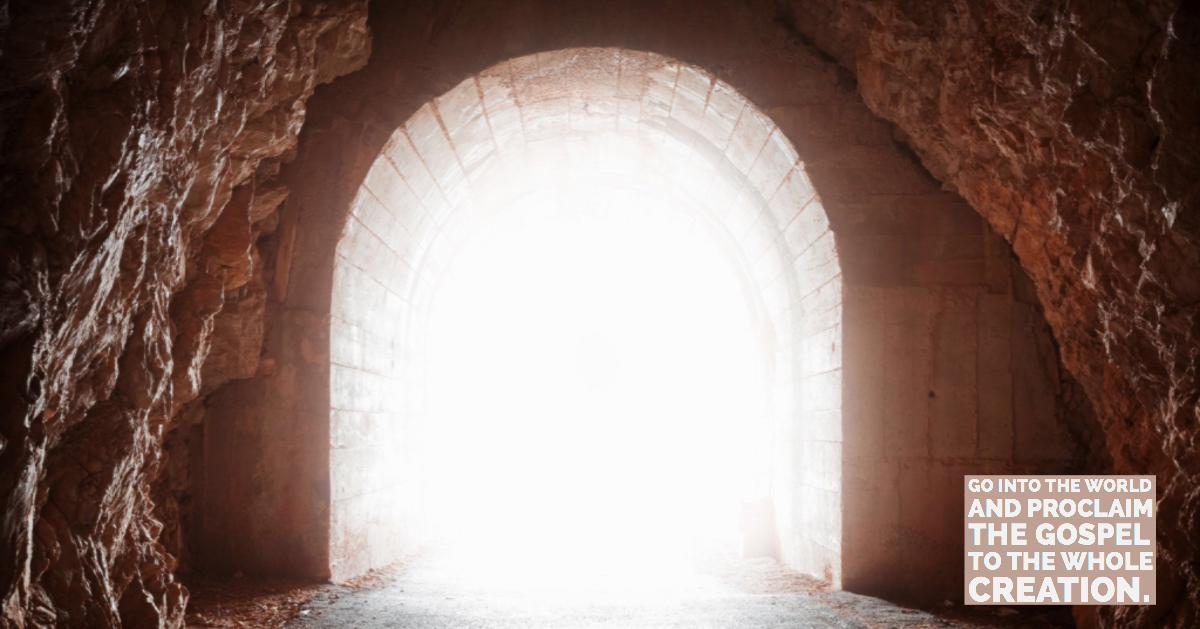 Leviticus 10
The Death of Nadab and Abihu
10 Now Nadab and Abihu, the sons of Aaron, each took his censer and put fire in it and laid incense on it and offered unauthorized fire before the Lord, which he had not commanded them. 2 And fire came out from before the Lord and consumed them, and they died before the Lord. 3 Then Moses said to Aaron, “This is what the Lord has said: ‘Among those who are near me I will be sanctified, and before all the people I will be glorified.’” And Aaron held his peace.

4 And Moses called Mishael and Elzaphan, the sons of Uzziel the uncle of Aaron, and said to them, “Come near; carry your brothers away from the front of the sanctuary and out of the camp.” 5 So they came near and carried them in their coats out of the camp, as Moses had said. 6 And Moses said to Aaron and to Eleazar and Ithamar his sons, “Do not let the hair of your heads hang loose, and do not tear your clothes, lest you die, and wrath come upon all the congregation; but let your brothers, the whole house of Israel, bewail the burning that the Lord has kindled. 7 And do not go outside the entrance of the tent of meeting, lest you die, for the anointing oil of the Lord is upon you.” And they did according to the word of Moses.

8 And the Lord spoke to Aaron, saying, 9 “Drink no wine or strong drink, you or your sons with you, when you go into the tent of meeting, lest you die. It shall be a statute forever throughout your generations. 10 You are to distinguish between the holy and the common, and between the unclean and the clean, 11 and you are to teach the people of Israel all the statutes that the Lord has spoken to them by Moses.”

12 Moses spoke to Aaron and to Eleazar and Ithamar, his surviving sons: “Take the grain offering that is left of the Lord’s food offerings, and eat it unleavened beside the altar, for it is most holy. 13 You shall eat it in a holy place, because it is your due and your sons’ due, from the Lord’s food offerings, for so I am commanded. 14 But the breast that is waved and the thigh that is contributed you shall eat in a clean place, you and your sons and your daughters with you, for they are given as your due and your sons’ due from the sacrifices of the peace offerings of the people of Israel. 15 The thigh that is contributed and the breast that is waved they shall bring with the food offerings of the fat pieces to wave for a wave offering before the Lord, and it shall be yours and your sons’ with you as a due forever, as the Lord has commanded.”

16 Now Moses diligently inquired about the goat of the sin offering, and behold, it was burned up! And he was angry with Eleazar and Ithamar, the surviving sons of Aaron, saying, 17 “Why have you not eaten the sin offering in the place of the sanctuary, since it is a thing most holy and has been given to you that you may bear the iniquity of the congregation, to make atonement for them before the Lord? 18 Behold, its blood was not brought into the inner part of the sanctuary. You certainly ought to have eaten it in the sanctuary, as I commanded.” 19 And Aaron said to Moses, “Behold, today they have offered their sin offering and their burnt offering before the Lord, and yet such things as these have happened to me! If I had eaten the sin offering today, would the Lord have approved?” 20 And when Moses heard that, he approved.

Psalm 119:89–96
Lamedh
89 Forever, O Lord, your word
is firmly fixed in the heavens.
90 Your faithfulness endures to all generations;
you have established the earth, and it stands fast.
91 By your appointment they stand this day,
for all things are your servants.
92 If your law had not been my delight,
I would have perished in my affliction.
93 I will never forget your precepts,
for by them you have given me life.
94 I am yours; save me,
for I have sought your precepts.
95 The wicked lie in wait to destroy me,
but I consider your testimonies.
96 I have seen a limit to all perfection,
but your commandment is exceedingly broad.

Mark 16:1–20
The Resurrection
16 When the Sabbath was past, Mary Magdalene, Mary the mother of James, and Salome bought spices, so that they might go and anoint him. 2 And very early on the first day of the week, when the sun had risen, they went to the tomb. 3 And they were saying to one another, “Who will roll away the stone for us from the entrance of the tomb?” 4 And looking up, they saw that the stone had been rolled back—it was very large. 5 And entering the tomb, they saw a young man sitting on the right side, dressed in a white robe, and they were alarmed. 6 And he said to them, “Do not be alarmed. You seek Jesus of Nazareth, who was crucified. He has risen; he is not here. See the place where they laid him. 7 But go, tell his disciples and Peter that he is going before you to Galilee. There you will see him, just as he told you.” 8 And they went out and fled from the tomb, for trembling and astonishment had seized them, and they said nothing to anyone, for they were afraid.

Jesus Appears to Mary Magdalene
9 [[Now when he rose early on the first day of the week, he appeared first to Mary Magdalene, from whom he had cast out seven demons. 10 She went and told those who had been with him, as they mourned and wept. 11 But when they heard that he was alive and had been seen by her, they would not believe it.

Jesus Appears to Two Disciples
12 After these things he appeared in another form to two of them, as they were walking into the country. 13 And they went back and told the rest, but they did not believe them.

The Great Commission
14 Afterward he appeared to the eleven themselves as they were reclining at table, and he rebuked them for their unbelief and hardness of heart, because they had not believed those who saw him after he had risen. 15 And he said to them, “Go into all the world and proclaim the gospel to the whole creation. 16 Whoever believes and is baptized will be saved, but whoever does not believe will be condemned. 17 And these signs will accompany those who believe: in my name they will cast out demons; they will speak in new tongues; 18 they will pick up serpents with their hands; and if they drink any deadly poison, it will not hurt them; they will lay their hands on the sick, and they will recover.”

19 So then the Lord Jesus, after he had spoken to them, was taken up into heaven and sat down at the right hand of God. 20 And they went out and preached everywhere, while the Lord worked with them and confirmed the message by accompanying signs.]]

May 19, 2018 at 4:00am
Madeline Benson
Change Location
Find awesome listings near you!