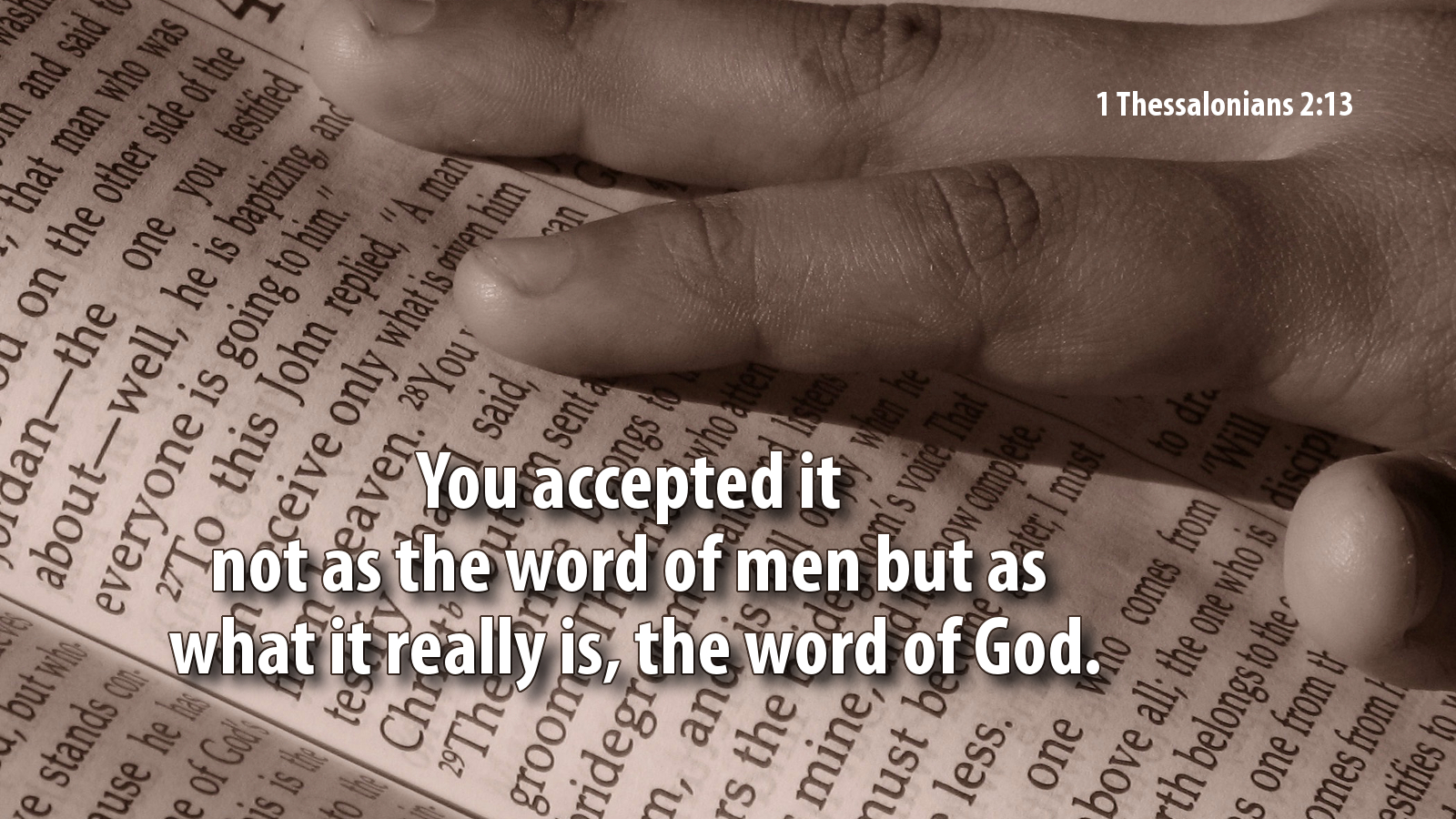 Wednesday of the Week of Advent I

And we also thank God constantly for this, that when you received the Word of God which you heard from us, you accepted it not as the word of men but as what it really is, the Word of God, which is at work in you believers. — I Thessalonians 2:13-20

St. Paul is writing here about those who heard his preaching and received it as the very Word of God, as opposed to those who would not receive it. He relates those who opposed the Word of God to those who rejected Jesus, killing both Him and the prophets of old who spoke the word of the Lord.

For example, it is all too common today for people to doubt and question that Jesus was conceived in Mary by the Holy Spirit, apart from human biological processes. They claim such a thing could not happen, asserting that it really doesn’t matter if Jesus was born of a virgin. To doubt the virgin birth, however, leads one to doubt whether a dead man could be raised from death! Logic and human reason and natural processes don’t prove or disprove the Scriptures. Rather, the Scriptures proclaim God’s actions that are above and beyond nature and science—indeed, the Scriptures announce God’s super-natural activity!

Prayer: O God, make your Word dwell in us richly—as we receive the Word made flesh to dwell among us, Jesus Christ our Lord. Amen.

Advent Action: Write down a favorite Bible passage to keep before you during Advent—on your phone, in your car, on your bathroom mirror—so that you see it and read it every day.