Ambridge, Pennsylvania: The North American Lutheran Church (NALC) Executive Council voted unanimously on Tuesday, November 5, 2019, to call the Rev. Dr. Eric Riesen to serve as the next president of the North American Lutheran Seminary (NALS). The NALS is housed at Trinity School for Ministry, an Anglican seminary headquartered in Ambridge, Pennsylvania, where Riesen formerly served on the Board of Visitors. 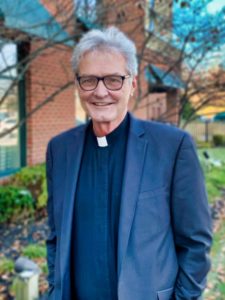 Riesen will follow the Rev. Dr. Amy Schifrin, STS, who led the seminary as its first president. “I am so thankful for having been called to serve as the president of the NALS during these six years. When the NALC began, we did not have a seminary. Now not only do we have a seminary that is orthodox, confessional, and evangelical, we are flourishing in an ecumenical environment, and we have relationships with a variety of undergraduate schools that will create a ‘pipeline’ of students who will one day serve our NALC churches and mission outposts,” said Schifrin. “All of us at the NALS are excited about the upcoming arrival of our new president, Eric Riesen. I’ve known Pastor Riesen as a respected colleague and friend, and I believe he will be able to lead the NALS into a new season of growth.”

Riesen is the chair of the NALC Life-to-Life Discipleship Initiative, and also serves on the Commission on Theology and Doctrine, as well as the ACNA/NALC Ecumenical Consultation. He has served on the Candidacy Committee and as the first dean of the Mid-Northeast Mission District. Riesen has been a parish pastor for 34 years, serving four congregations. He served as senior pastor of Zion Lutheran Church in Brentwood, Pennsylvania, for 22 years, and most recently as senior pastor of Trinity Lutheran Church in Ashland, Ohio.

“The future of the NALC largely depends on pastoral formation. We need men and women who are well-equipped and prepared to engage the culture with the truth of the Gospel. We all know that the culture is changing quickly. Society as a whole is becoming less and less friendly to Christian faith and ethics, and so we need pastors who are formed in the depths of the Great Tradition of Christian faith, and who go into today’s mission field to make disciples,” said Riesen. “Of course, it is not possible fully to form pastors in three or four years of theological and pastoral study. Pastoral formation is a ‘long obedience in the same direction.’ Seminary is a time of intensive learning, but it is only the beginning. My hope, my prayer, and my commitment is to make the North American Lutheran Seminary the finest Lutheran seminary in the country. I covet your prayers as this parish pastor learns what it means to serve the Church by serving the seminary community.”

Riesen has been married to his wife, Terry, for 43 years. They have three grown children: Erica (Scott), Paul (Jessica), and Tristan (Karleigh).

“I am pleased that the NALC Executive Council enthusiastically and unanimously supported the recommendation of the NALS Board of Regents after more than a year of much prayer and hard work,” said chair of the board, Dr. Roy Schwarz. The Board of Regents has also announced that outgoing president, Amy Schifrin, has been appointed with the title of president emeritus and that a scholarship fund has been set up in her name to support NALS alumni pursuing doctoral work. 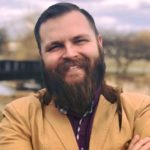 For more information, contact the Rev. Andrew Fuller, Director of Communications for the North American Lutheran Church and an ordained deacon in the Anglican Church in North America.