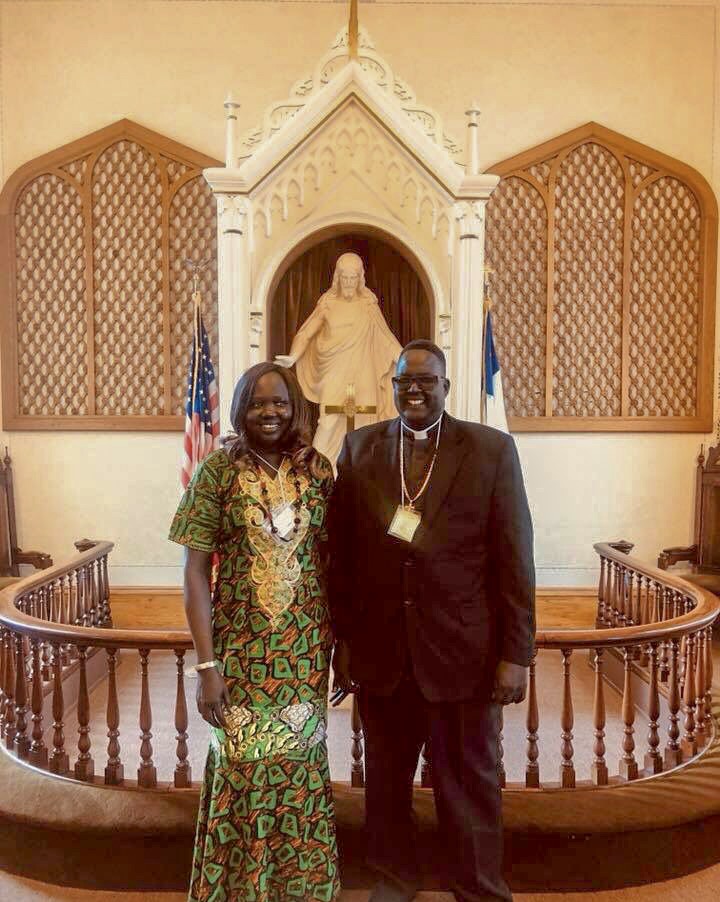 Pastor James Puotyual was born in the Upper Nile region of South Sudan. In 1985, due to civil war, he was forced to move to Ethiopia and Kenya, living for a few years in tents in United Nations refugee camps. While in the refugee camps, Pr. James married his wife, Nyandit Rika in 1987, after which a daughter was born and then died from malaria in 1990. In 1994, he along with his wife Nyandit and son, Jal, came to the United States. Once in the U.S., Pr. James worked at every opportunity to receive an education. Pr. James was ordained in 2015. He and Nyandit have two grown children, Jal Dobuol and Nyalat Dobuol. First serving as a multi-national pastor in St. Cloud, Minnesota, Pastor James, along with his family, then served as a global worker in Gambella, Ethiopia. Due to extensive health concerns, he has returned to the United States. Pastor James is currently serving as a bi-vocational pastor in Des Moines, Iowa.